Sizzll qualifies for Made in Britain membership 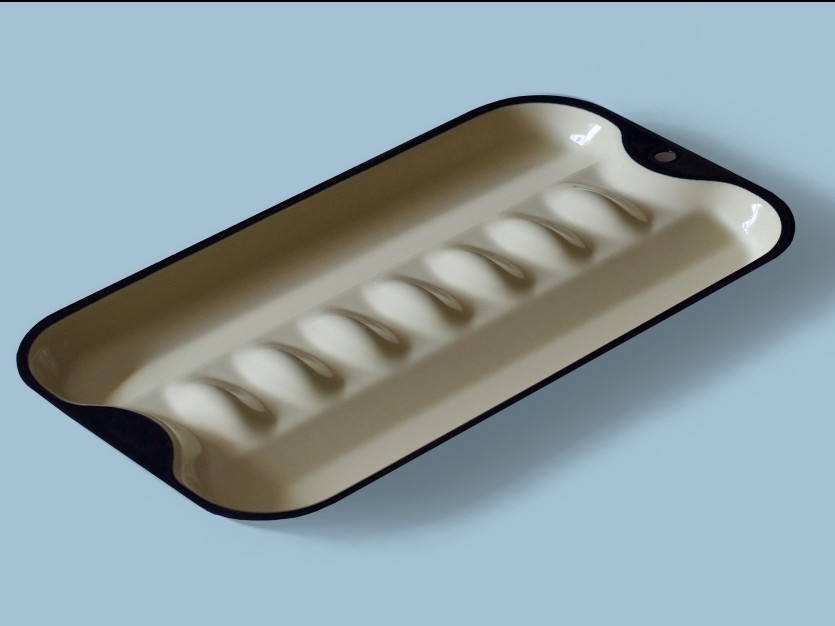 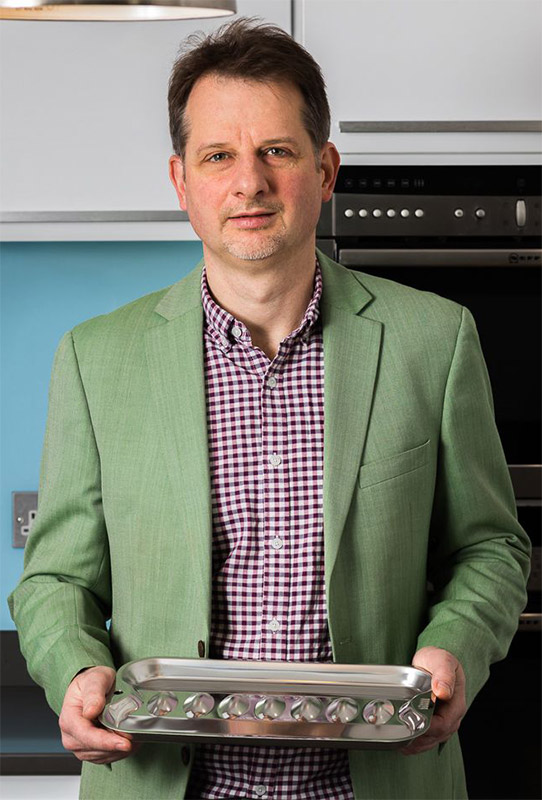 RUPERT Scott is quite literally ‘selling the Sizzll’ with his unique sausage pan and his company, called Sizzll, has recently qualified for membership of Made in Britain.

Mr Scott, like many of us, likes a tasty sausage, but he found the grilling or frying a bit of a faff. It’s hard to turn them just the right amount to get an even cook and as for the mess afterwards, well forget about it. So, he called on his production management expertise and designed his own sausage pan.

Mr Scott (pictured left) told Made in Britain, “There is now a new way to cook sausages that creates evenly cooked sausages easily, without sitting in fat - and that's a doddle to wash up afterwards. British people can now cook their most popular dish without the faff and fat and the idea is designed, patented and made in Britain.

“I studied production management in the 1980s at a time when all our manufacturing was being sent overseas. I was passionate then - and continue to be now - about designing and making things in the UK. It has taken me 30 years to get around to designing something from scratch, getting it made and launched into the market.” 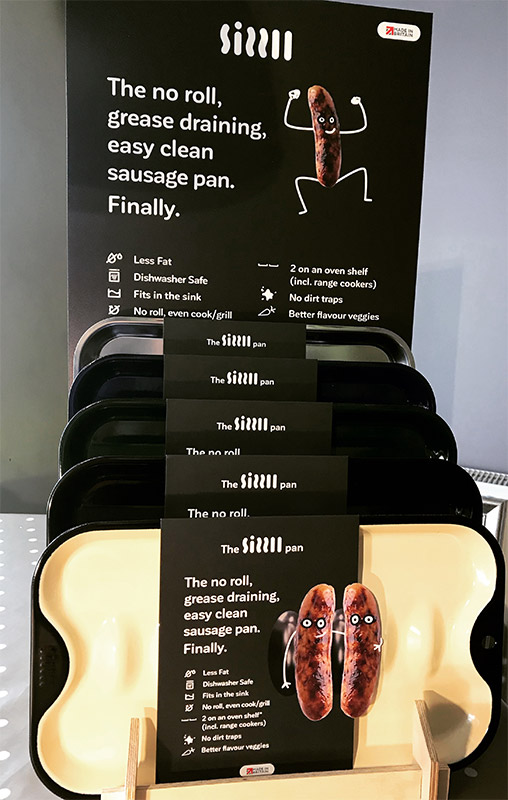 Asked what attracted him to the Made in Britain mark, Mr Scott said, “I like being part of a big group of other manufacturers who believe in the same principle. When I conducted market research into the product about two years ago, about half the people I spoke to confirmed that 'Made in Britain' had a positive effect on their shopping decision. I think following recent events this will rise.”

Mr Scott has incorporated the Made in Britain mark on his packaging and the point of sale display he has designed (right). For more information on Sizzll, see its members’ directory profile page here and its website here.