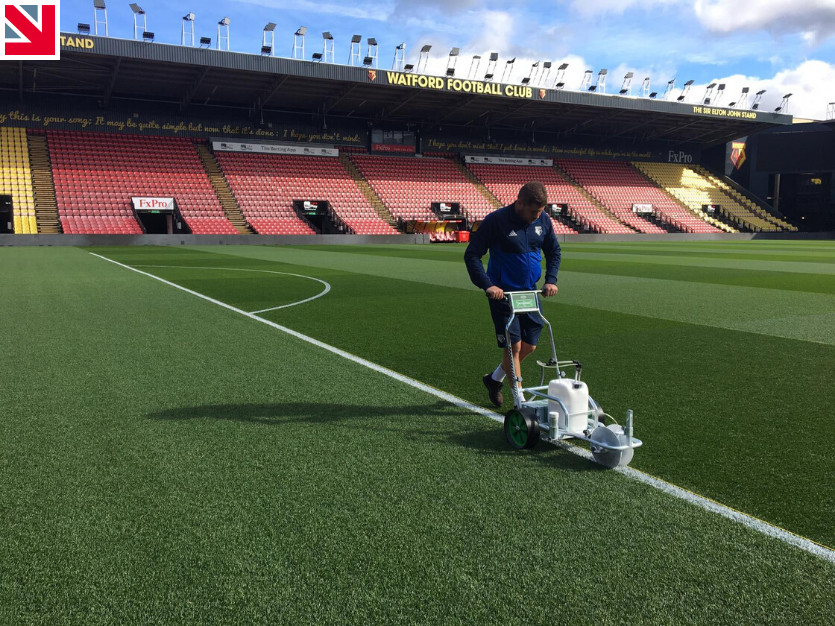 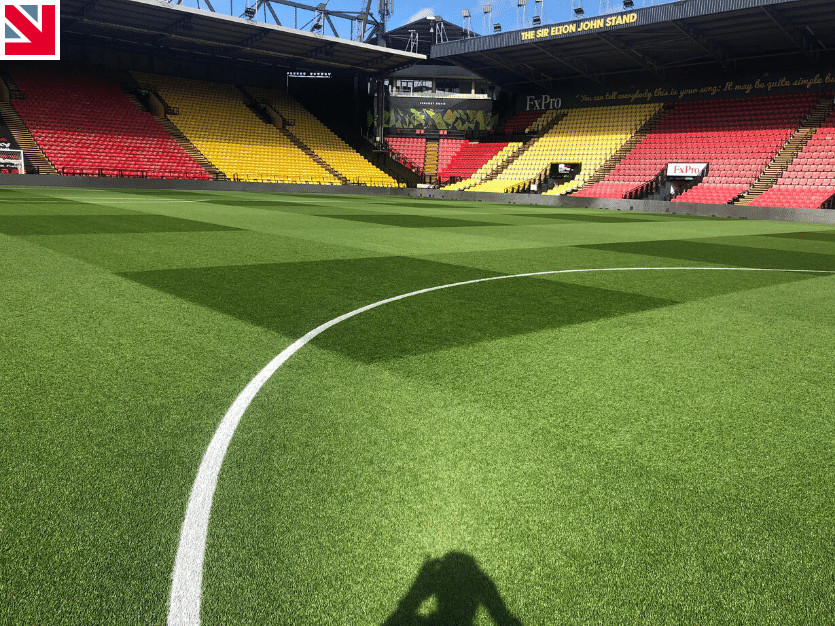 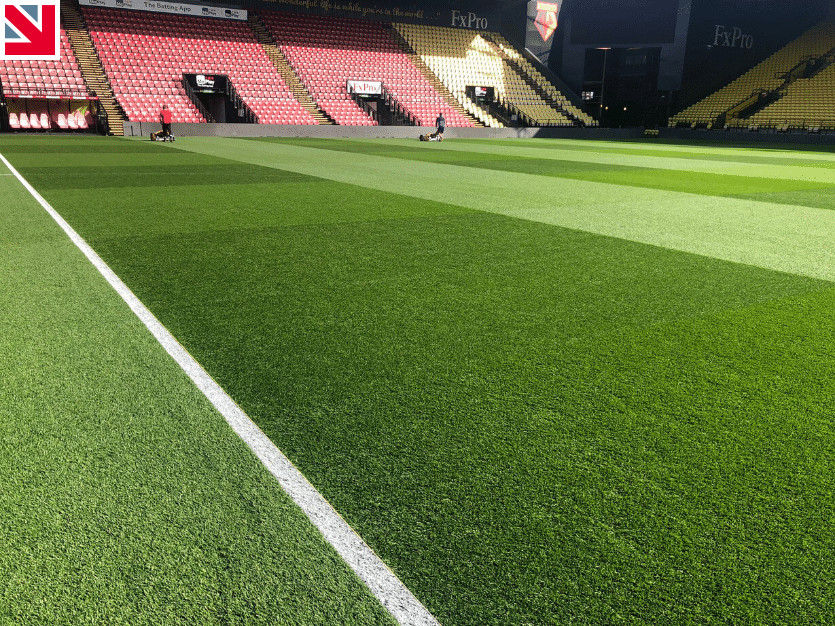 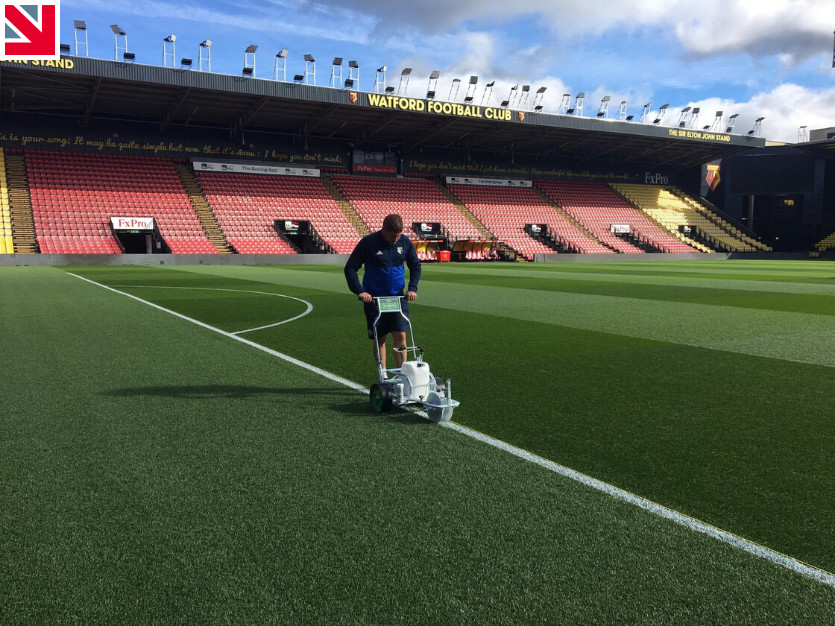 Pitchmark’s Ecoline+ has become the line marking paint of choice for FA Premier League club Watford FC.  The demand for using a premium paint at the Vicarage Road stadium led to trials last season, since when Pitchmark have been further developing Ecoline+.  Watford FC became the first to use the improved formula at the opening game of the season against Brighton and Hove Albion in August this year.  In 2018 Scott Tingley, Head Groundsman at Watford FC, set out on what was originally a cost exercise and to see if they could establish the use of one paint for all marking.

“We were using top end paint for the stadium and bottom end for the other pitches,” he says, “we wanted to make it one paint but of course the cost had to be taken into account.  We looked at Pitchmark and what we found different was their specialisation solely in line marking products.”

The club had been using Pitchmark’s Direct at the Watford FC training ground and academy, located at the University College London Union Shenley Sports grounds in St Albans.  Home to five full-size and two goalkeeping/warmup natural grass training pitches as well as a full-size artificial turf training pitch and fourteen college/academy natural grass pitches, there’s a sizeable amount of line marking required.  In the stadium only premium quality is acceptable.  Ecoline+ offered the ideal all-round solution.  Ecoline+ is one of the most advanced, low volume, ready-to-use line marking paints available, especially when used in combination with Pitchmark’s Eco and Hybrid markers and special nozzles.

Scott says: “we trialled Ecoline+ and we had no issues, only benefits.  We use a Pitchmark Hybrid marker which gives us the quality of a spray marker, without compromising the precision and quality of a transfer marker.  Fixture dependent, we can mark up to three times a week and with the traditional wheel to wheel and four-wheel spray markers you lose ground cover and it’s too easy to transfer paint.”

The Pitchmark Hybrid overcomes these problems with a three-wheeled spray design, which is easily manoeuvred over wet lines.  The cone nozzles give perfect deep leaf coverage, so you only need one pass.

“It’s easy to use, it feels like a normal wheel marker and you get premium quality.” Scott adds, “it’s quite complex though and needs looking after but if we have any issues Olly Boys, the Turfix rep, gives us second to none service and back-up.” (Turfix is Pitchmark’s recently formed sole UK distribution arm).  Using advanced Ecoline+ Watford FC join the many examples of Ecoline+ premium line marking seen every week on TV from the best leagues in the world, including the English Premier League and UEFA Champions League.

Find out more about Pitchmark on their member profile page here