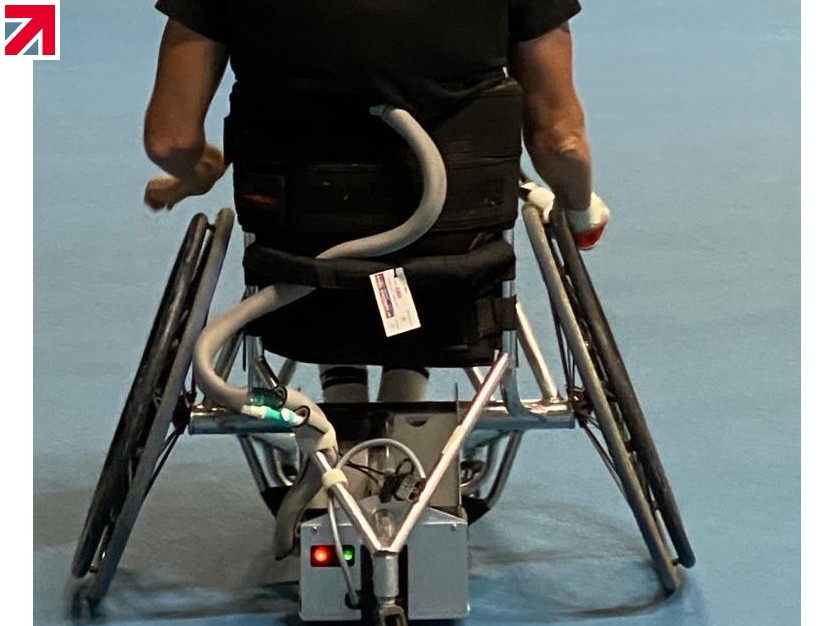 Paralympian Antony Cotterill – who is unable to regulate his own body temperature – will be using a pioneering medical cooling device incorporating a bespoke cooling vest - in Tokyo to stop his body reaching dangerously high temperatures.

Huddersfield based Antony broke his neck after falling into a shallow swimming pool in September 2003.

During rehabilitation, he discovered his passion and skill for wheelchair tennis and embarked on a successful career path. Following his Paralympic debut in 2016, he has once again been chosen to represent Team GB, this time at the Tokyo 2020 Paralympics.

Since the accident, Antony has been unable to sweat, which means participating in tennis matches could be potentially life threatening, especially with temperatures in Japan expected to average around 31°C in August.

The company became involved when Glenn Paxman, founder and Chairman of Paxman was approached by the manager of Antony’s tennis club two years ago to see if he could help with an innovative cooling solution.

Since then his brother Neil Paxman, renowned as one of the UKs cooling technology experts, has developed the revolutionary breakthrough by designing a lightweight miniature cooling device, which attaches to Antony’s wheelchair. The pioneering technology circulates a coolant through a specially designed cooling vest, which he will wear whilst playing tennis.

Antony said: “The technology is incredible, and I cannot believe it has been designed especially to help keep me cool while I play. Without it my core body temperature would reach dangerously high levels during a match, which sadly could stop me from competing. I am now looking forward to representing Team GB this summer and cannot wait to get on the court.”

Glenn Paxman added: “Cooling innovation is firmly embedded in the Paxman family – both scalp and beer cooling - so Neil took these years of experience and research to make something bespoke that would help Antony compete safely in the Tokyo heat.  Jonathan Binder of our Design & Development team contributed to the project with the development of the vest, which Antony can wear comfortably during his matches.”

The device has been tested extensively, including successful heat chamber testing at Loughborough University – whereby a telemetry pill recorded a reduction Antony’s core temperature whilst the cooling device was in use.

During the first day Antony went without any cooling assistance; on the second day, he used ice drinks and cool towels; and during the third day, he wore the Paxman cooling device, with the heat chamber test showing a reduction of 1° in Antony’s core temperature.

Antony also wore the pioneering device at a recent match in Nottingham, which showed everything was working well. The unusually high temperatures experienced in the UK this last couple of weeks have also rivalled those in Tokyo, making for more authentic testing conditions.

Throughout the development, the project has been supported The Lawn Tennis Association and the British Olympic committee.

Antony first played wheelchair tennis in 2004, whilst still in rehabilitation. After playing in the National Championships, he made his quad singles debut on the international Wheelchair Tennis Tour at the 2005 Belgian Open. Antony has since won more than 40 singles and doubles titles, including three Super Series doubles titles. In recent years. Antony achieved his career high quad singles world ranking of No. 5 in September 2015 before making his Paralympic debut at Rio 2016.