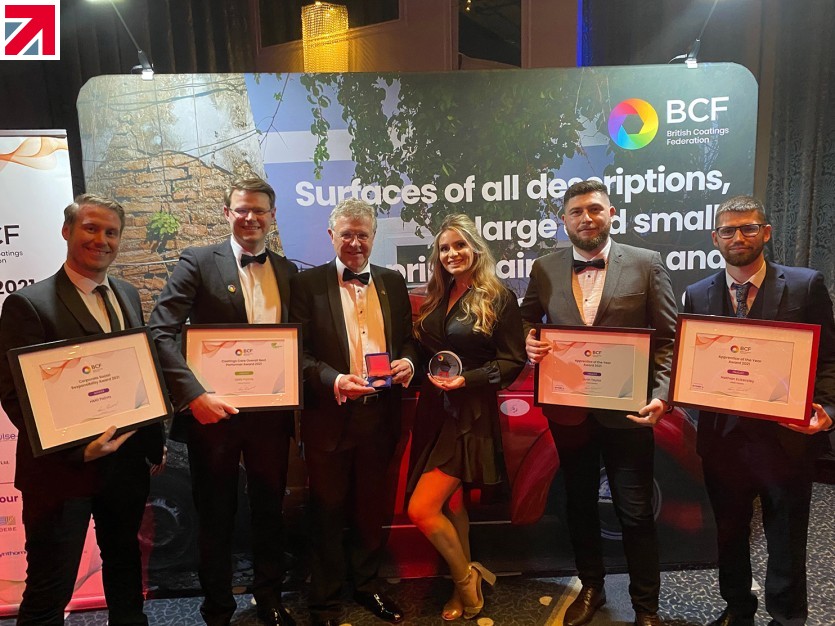 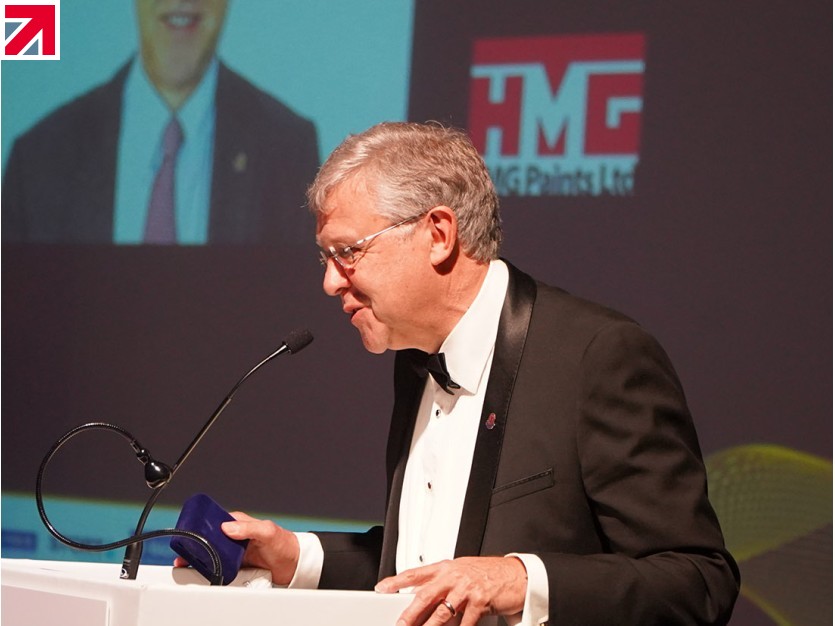 The winners of the BCF Awards 2021 were announced at the Mercure Manchester Piccadilly Hotel. Almost 300 delegates were in attendance to watch 12 winners announced across 11 categories. As well as HMG Paints’ double win on the evening, the Manchester based paint manufacturer were finalists for the Coatings Care Award, with two HMG employees as finalists in the Apprentice of the Year category. Josh Taylor and Nathan Eckersley were amongst the first in the country to complete the new Industrial Coating Applicator Apprenticeship earlier this year, and their achievement was recognised by their industry counterparts.

Tom Bowtell, BCF Chief Executive said “After a really challenging time for our industry, it was great to come together face to face and celebrate the achievements of our member companies. It is also exciting to see so much young talent in our sector, demonstrated particularly in our Apprentice of the Year and Young Leader of the Year categories. Many congratulations to all those who were shortlisted, but especially to the winners”.

The judges of the CSR Award commented on HMG’s win “As an SME, with only 180 employees, Covid would have brought significant business challenges. Despite these, alongside development of new hand sanitiser products with commercial benefits but also provided to charities and local communities, they maintained a comprehensive CSR programme clearly immersed and invested in the local community. Noted also was a focus on staff wellbeing during the pandemic. Their continued documented charity support, remembered from their application in 2017, and supporting new Charites since the start of the pandemic, well reported on their programme and benefits this delivered.” This is the third time HMG have won the BCF CSR award since its inception in 2017.

John Falder, Chairman of HMG Paints, was awarded the Coatings industry’s highest honour, the Silver Medal. Instigated by Leslie Silver upon his retirement in 1980, the Silver Medal recognises those who provide outstanding service and an exceptional contribution to the industry’s growth and reputation.

John has been actively involved in the industry and with the BCF for over 40 years, taking a leading role in developing several industry initiatives, such as the apprenticeship training scheme and Coatings Care, the industry’s health, safety, and environmental programme.

Through the years John has held several influential roles, most notably BCF President between 2014 and 2016. He has chaired the Industrial and Powder Coatings Council and the Vehicle Refinish Committee, as well as being a member of the General Purpose and Finance Committee.

Tom Bowtell, Chief Executive of the British Coatings Federation commented “John Falder exemplifies the commitment to the industry that the Silver Medal was developed to recognise. He has been a prominent figure in­­ the coatings industry and is a huge advocate of the BCF. We would like to thank John for his support and expertise throughout the years and congratulate him on this very much deserved accolade.”

HMG Paints Ltd is a family-owned business situated in Manchester. Now the UK’s largest independent Paint Manufacturer, HMG are proud to work alongside customers to create the very best individual service and tailored solutions for them. With a broad spectrum of knowledge and expertise HMG boast a portfolio including wet paint, powder coatings and aerosols, covering virtually every type of surface imaginable. This is all backed by an extensive 90 years’ experience in developing pioneering coatings for a myriad of industries including; industrial, specialist industrial, automotive, commercial vehicle, defence, aerospace, wood finish, decorative, arts & craft, marine and rail, we have a drive to set the standards for the industry not just meet them.