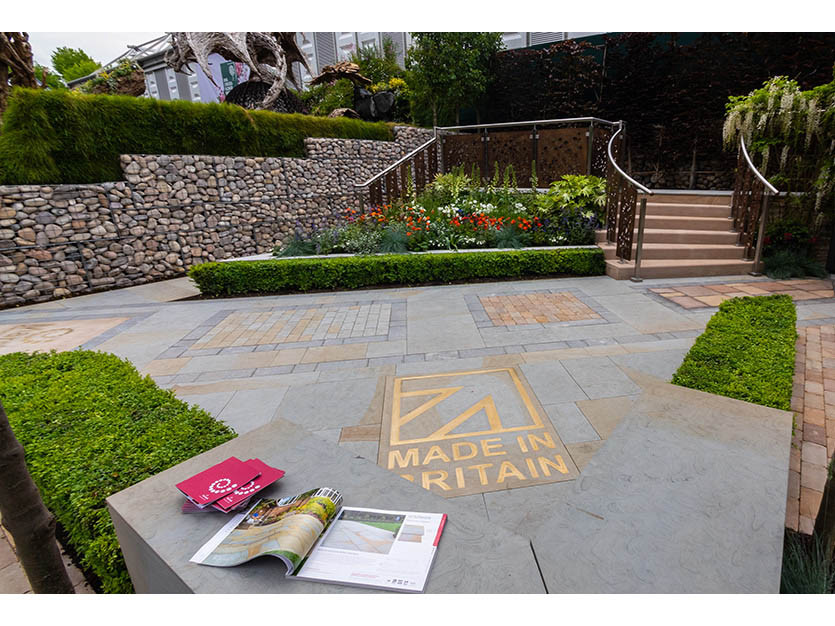 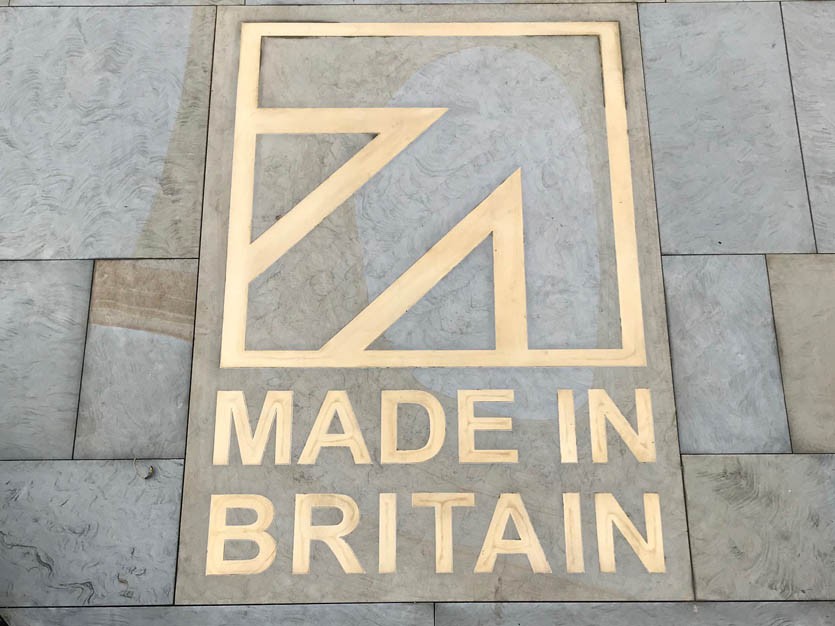 A GARDEN with a Made in Britain theme has been awarded five stars by the judges of the trade displays at the 2019 Chelsea Flower Show.

The garden was designed by Marshalls plc, manufacturer of construction materials and founder member of Made in Britain. To celebrate Marshalls’ heritage as a great British brand, the stand was designed in-house and created using a range of bespoke and ready-to-buy products. The judges particularly liked the clever planting in red, white and blue and the use of copper inlays on natural stone. One of the inlays depicts the Made in Britain logo, which celebrates the fact that the majority of the businesses’ products are sourced and manufactured from the UK.

The stand features iconic Yorkstone paving, which has also been used to pave Trafalgar Square and all of the locations on the Monopoly board. In addition, the Marshalls team has created steps and stainless steel panels, showing off the bespoke work that can be done for customers.

Chris Harrop, marketing and sustainability director at Marshalls said, “Marshalls has been involved in Chelsea Flower Show for over 25 years and this year we’ve chosen to celebrate our British heritage with our stand design. The copper inlay of the Made in Britain logo looks fantastic in our Scoutmoor paving, our natural stone which was made in Britain over 365 million years ago (although it wasn’t officially Britain then!). Chelsea is always a fantastic opportunity to promote Marshalls, but this year we are also flying the flag for Made in Britain too.”

John Pearce, chief executive of Made in Britain, said, “It’s great to see the pride Marshalls has in its British manufacturing heritage. To see the famous Made in Britain mark featured so prominently at the Chelsea Flower Show is a real thrill for everyone involved in British manufacturing. The fact that Marshalls’ efforts have been recognised by the judges is splendid. Well done to the team at Marshalls.”