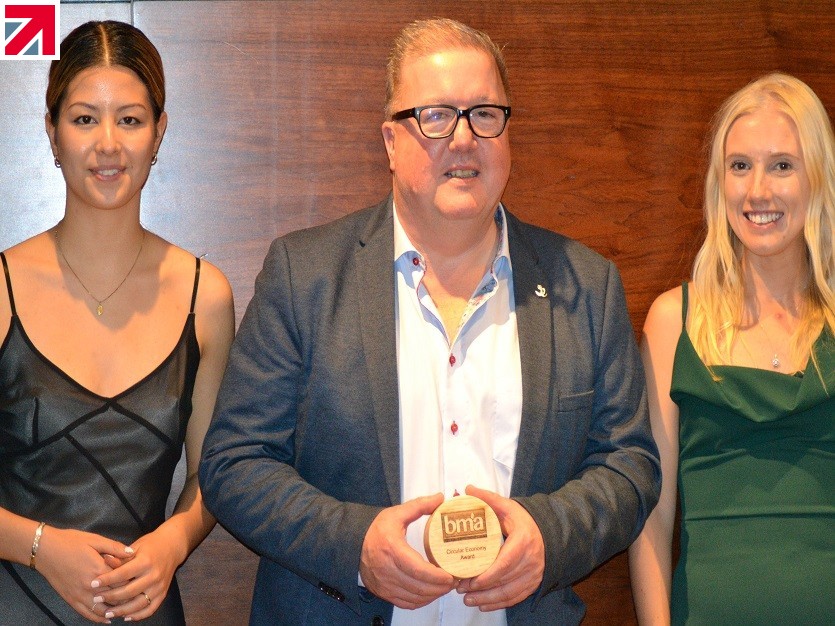 The UK and Europe’s leading shower designer and manufacturer, Roman, is delighted to announce they have won the ‘Circular Economy Award’ at the Bathroom Manufacturers Association’s first ever Sustainability Awards.

Hosted in London’s Conrad St James Hotel on the 23rd of November 2021, the BMA launched the inaugural Sustainability Awards this year to recognise the phenomenal hard work of the members making an impact and improving sustainability. Judged by a team of professionals within the environmental world, the award event brings the UK’s finest manufacturers and experts together to celebrate sustainability excellence in the industry.

Roman also recently achieved Carbon Neutral certification from the Carbon Trust which has been a key objective over recent years and highlights the company’s enormous and ongoing commitment to the environment. With a significant focus on materials and the Circular Economy, Roman is committed to only using recycled aluminium and ensuring all packaging is recycled cardboard – and the companywide emphasis on recycling has also led to many initiatives within the business to eliminate single use plastics within day-to-day operations.

David Osborne, Chief Executive Officer at Roman said: “As the leading British manufacturer we take our environmental impact very seriously and it is our duty to take such a lead. We were thrilled to be recognised for our work around the Circular Economy by such a panel of experts – especially coming so soon after our Carbon Neutral certification”.

"We launched these inaugural sustainability awards with some trepidation. We were relieved when manufacturers started to make entries, were excited when we saw the quality of submissions, and elated when we received the incredibly positive independent judges' feedback. Manufacturers are embracing the transformation of their businesses and lessening the environmental impact of the sector as a whole. My congratulations go to all finalists, and particularly the winners and special recognition recipients," added Tom Reynolds, Chief Executive Officer at BMA.