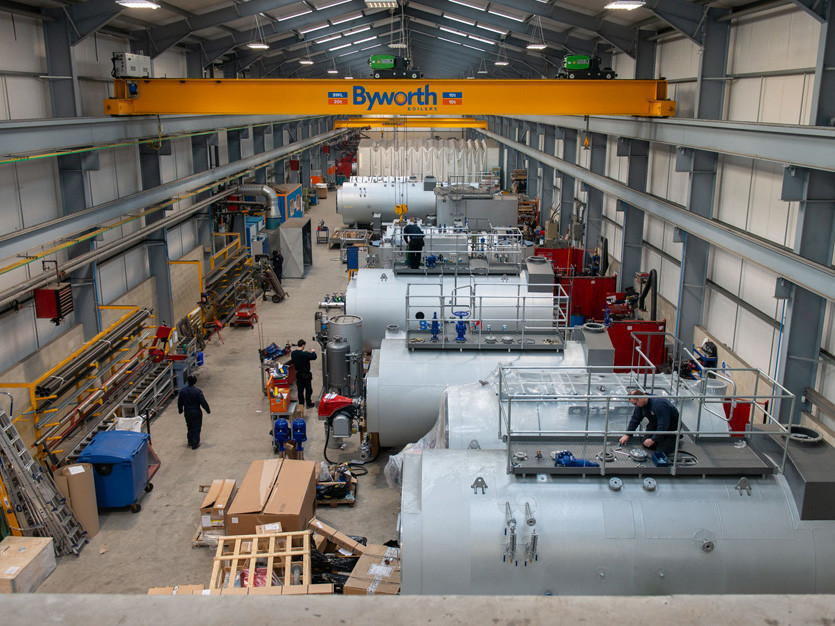 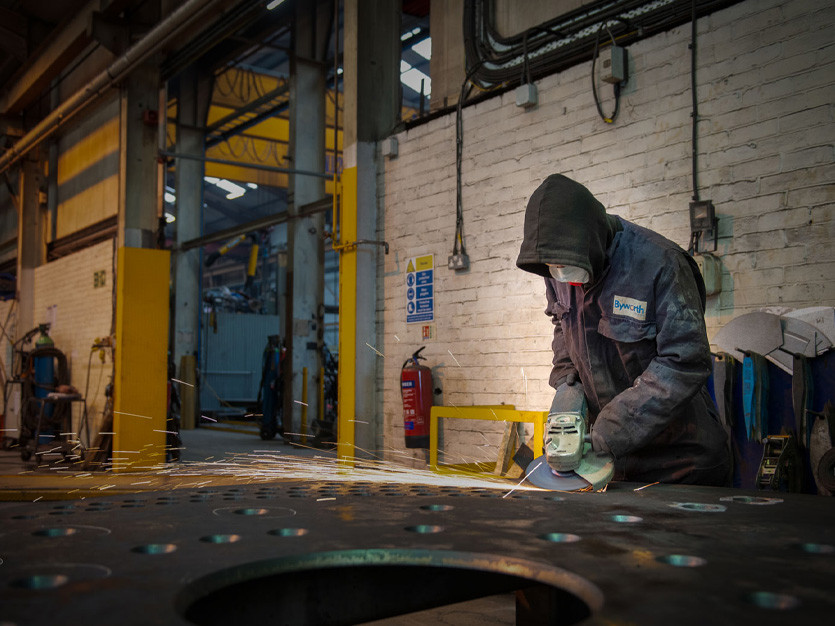 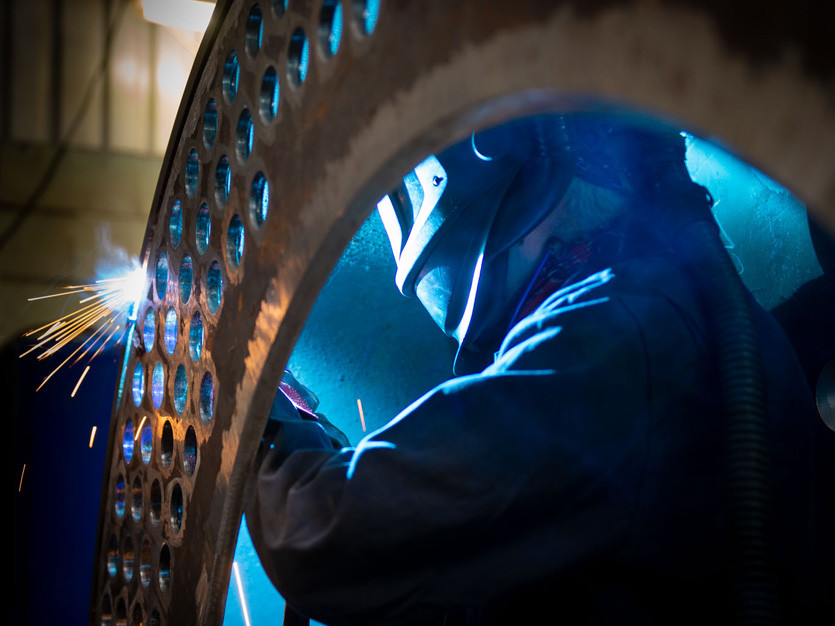 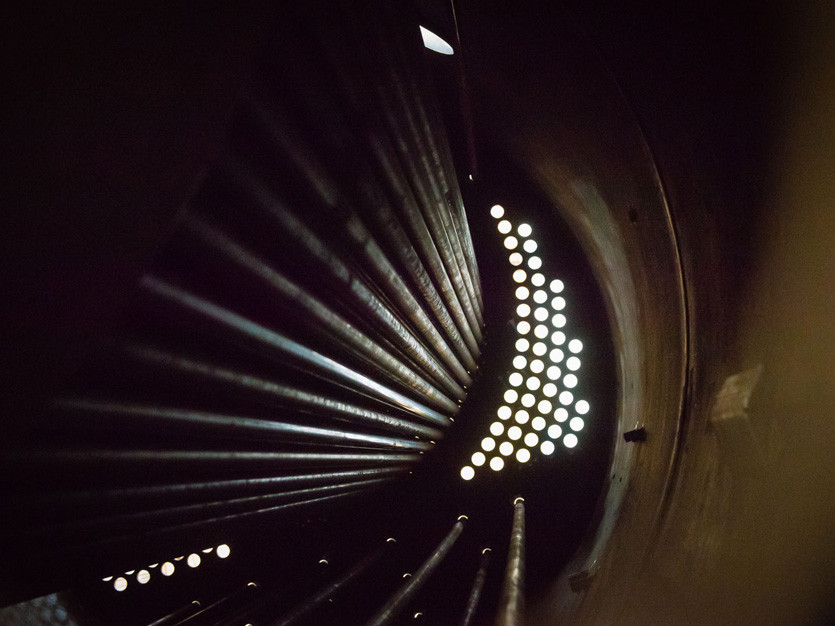 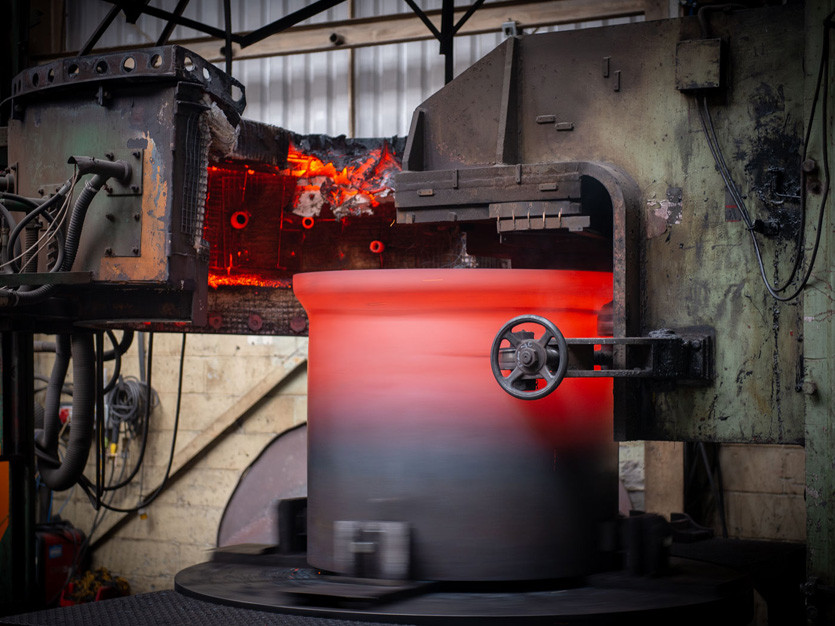 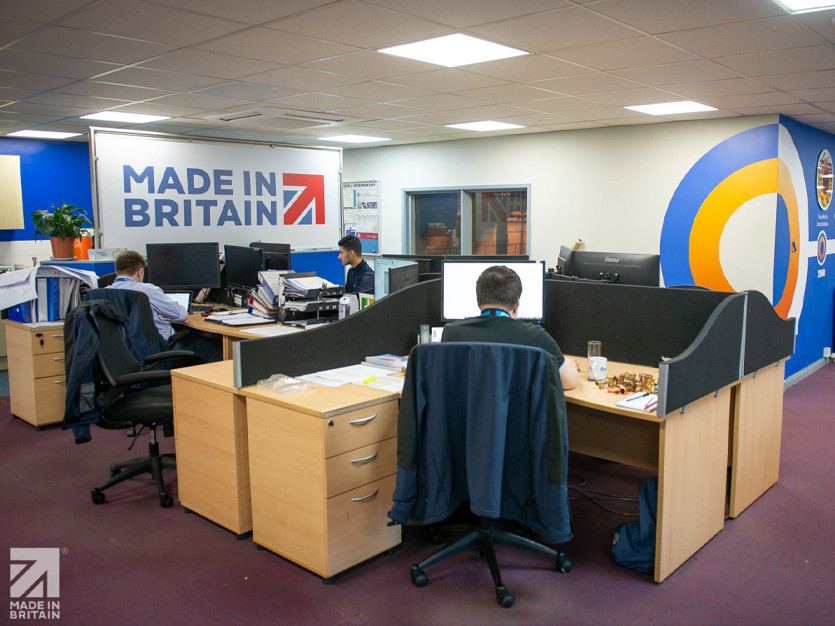 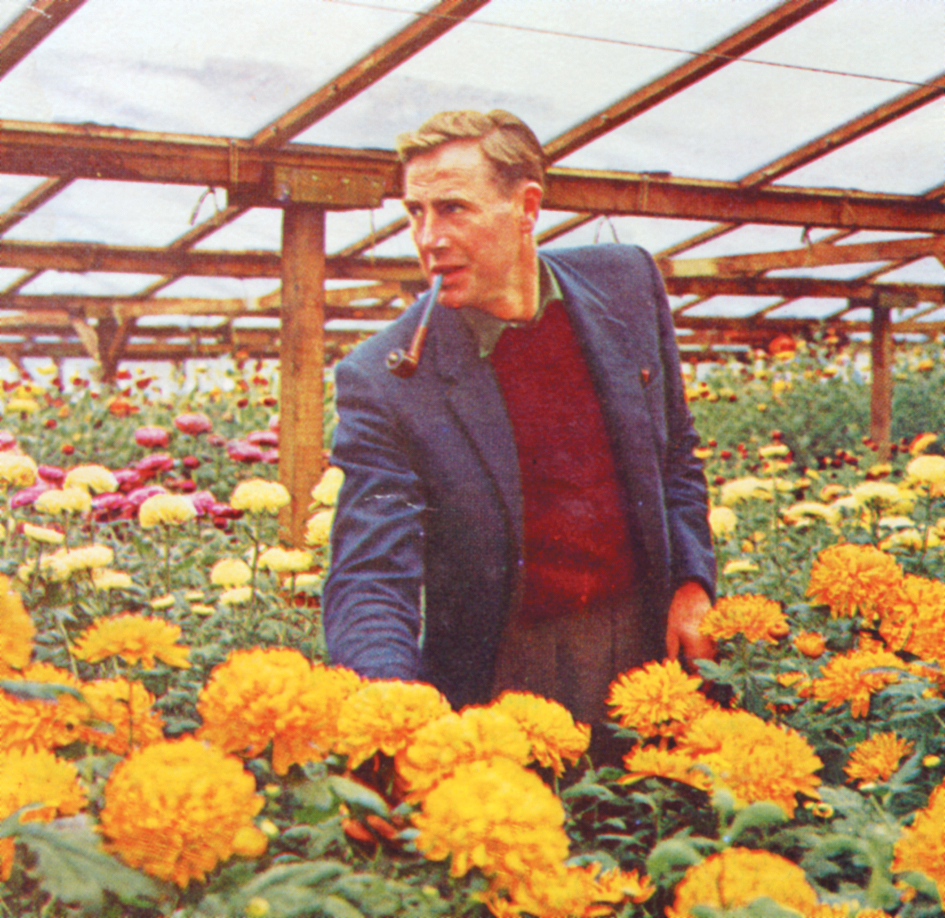 BACK in the 1960s Dennis Baldwin (right) was pursuing his passion as a grower but it was the heating of his glasshouses that determined his future rather than the tomatoes and chrysanthemums he grew in them.

He installed heating boilers at his three growing sites and was then asked to do the same for other growers. Supported by his wife, Dorothy, and his two sons, Peter and Richard, he decided to make boiler installation his business, founding Dennis Baldwin & Sons boiler manufacturers in 1968 at Keighley, West Yorkshire.

Now called Byworth Boilers but still based in Keighley, the business is still in the Baldwin family and production director Rob Baldwin, grandson of Dennis, told of the company’s philosophy. “We try to do everything ourselves,” he said. “Partly because we think we do it best and we do it how we want it to be done.” Byworth really does it all, from flat plate steel to boiler construction through to final fit-out and assembly.

Many industries rely on a constant supply of steam, often for heating but also for their activities. Steam is needed by food processors, drinks distillers, fabric and textile makers among many other manufacturing processes. A day without a boiler is a day of production lost for many of Byworth’s customers and this led to one of its innovations in the 1980s, the hire, or transportable boiler. 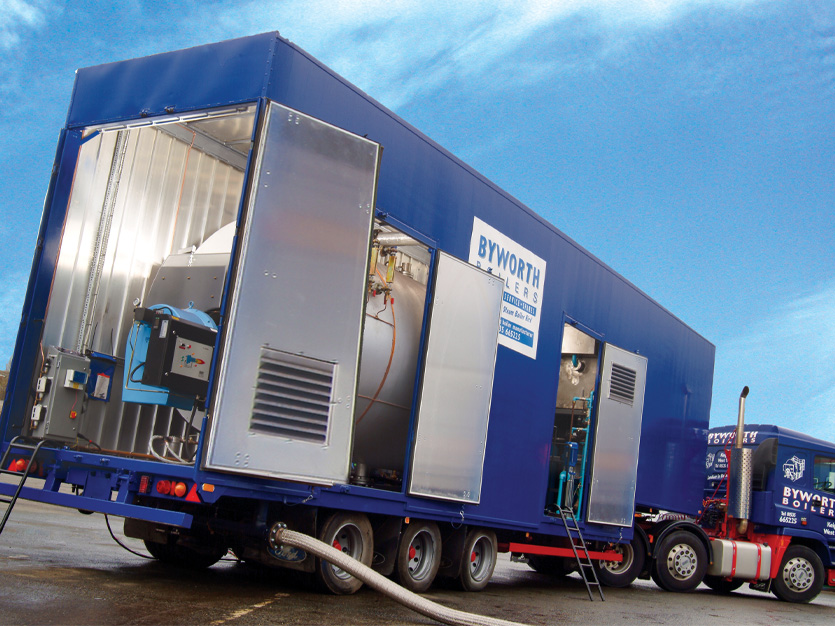 The transportable boiler is a boiler in a lorry trailer and this can be delivered to a site and connected via hoses to provide a temporary supply of steam. Because a steam boiler has to undergo an annual safety inspection, Byworth sees healthy demand for this service and currently has a fleet of 140 mobile steam boilers.

Another innovation is the ‘boiler on a skid’ and this allows Byworth to do pretty much the whole install in its factory, on a movable skid, and then simply transport the entire assembly to the location where it will be plumbed in. One of the benefits of the skid boiler is that the customer who needs to move to bigger premises can take their Byworth boiler with them and, sure enough, Byworth is on hand to help with the relocation.

A huge focus on efficiency has led to the development of the Unity control system, unique to Byworth. Unity takes data from instruments installed throughout the boiler house and then uses that data to optimise the performance of the boiler, delivering the right amount of steam and consuming the optimum amount of energy.

Byworth Boilers joined Made in Britain in 2014 and in 2021, despite the challenges brought by the pandemic, it opened a 20,000 square foot, £2 million expansion to its Keighley factory. The space adds production capacity and a brand new, high-tech training facility. Ten new jobs were created and the company currently employs 14 apprentices. Apprenticeships at Byworth Boilers are highly regarded in the area and bring great value to the business.

Rob Baldwin said, “History tells us that apprentices we put through turn into some of our best employees and the senior management team is now made up of a number of those apprentices from years gone by. We create rounded employees who understand every part of the business and the people in it.”