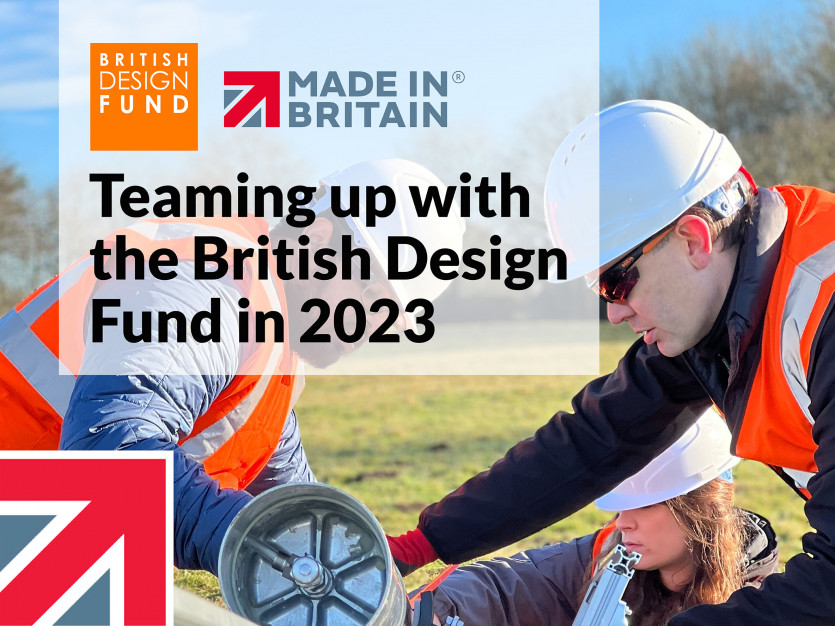 Made in Britain and the British Design Fund have announced a partnership aimed at championing innovation, growth and collaboration between UK design and manufacturing. The initiative will kick off in January 2023 with the launch of a series of joint webinars for Made in Britain members.

The British Design Fund (BDF) is the only fund in the UK that invests exclusively in early-stage product design and manufacturing businesses. With a mission to boost homegrown enterprise and innovation, the BDF works with these British startups – providing a range of support, including mentorship – to scale their products, accelerate growth and build long-term value for both investors and business owners.

Made in Britain CEO, John Pearce, said: “In the tenth year of the Made in Britain initiative, I’m delighted to announce a new collaboration with the British Design Fund. This partnership will enable us to play a greater role in connecting innovative, young British companies with a wide spectrum of experienced manufacturers within our community to help turn their ideas and IP into a reality.”

British Design Fund CEO, Damon Bonser, said: “At the British Design Fund, we celebrate and support the design and innovation skills which drive so much of our growth in Britain - so we are delighted to be partnering with Made in Britain to support more of the great ideas produced in the UK being manufactured in this country too.”

The two organisations are jointly launching a series of webinars that will be held during the first half of 2023. The first webinar will take place in January 2023 to introduce the British Design Fund to Made in Britain’s community of manufacturing companies – with a focus on how the BDF selects investments, supports and mentors some of the UK’s brightest entrepreneurs.