The route to off-grid biofuel heating 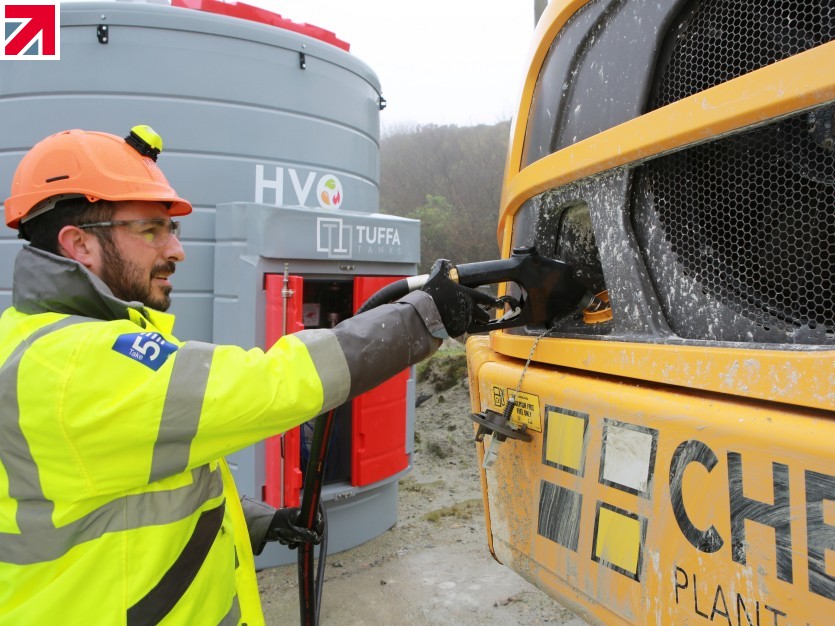 More than a year after HVO was first trialled in UK oil-fired boilers and the trial’s second phase is well underway. 200 homes and businesses have been adapted to ensure compatibility with the biofuel and help verify the logistics and practicality of extending HVO heating to significantly decarbonise up to 1.7 million UK properties.

The UK Government is now phasing out the use of kerosene in UK heating with an outright ban on the installation of fossil fuel burners in new build homes from 2025 and existing homes from 2035. The recent ‘Off-Grid Consultation’ subsequently proposed an end to new fossil fuel heating installations specifically in off-grid homes from 2026 with a ‘heat pump first approach’ to their replacements.

However, the liquid fuel industry has been levying to have HVO recognised in future policies as a valid and subsidised form of heating for off-grid homes. A recent survey from Future Ready Fuels reveals that rural homeowners support this approach with 98% welcoming the opportunity to convert to HVO heating. When looking at the associated costs it’s easy to see why; the average cost for a heat pump installation is around £11,000 alone, or around £25,000 if retrofitting work is needed to improve the EPC rating to the required ‘C’. The cost to adapt the existing boiler to burn HVO is around £500 – a conversion expected to take less than an hour.

The role HVO can play in sustainable, low-carbon heating is starting to become more embedded in government legislation. The recent Heat and Buildings Strategy recognised liquid biofuels (specifically HVO) as an alternative heating technology where heat pumps aren’t practical. Additionally, the UK’s Trade Remedies Authority recognised the pragmatism of using HVO for UK heating and in December 2021 proposed the removal of trade measures on importing HVO from the US and Canada.

This last point is vital for the practicality of expanding HVO usage to oil-heated properties. The cost of HVO will significantly influence its uptake from homeowners whereas the available supply of biofuel has been cited by the government as the limiting factor for its use in heating UK homes. However, representatives from the main European and US HVO suppliers have given OFTEC and UKIFDA reassurances that production levels will meet UK heating demands. Worldwide HVO production is predicted to increase from around 7m tonnes in 2020 to 30m in 2025. Incidentally, the US is predicted to see the most rapid growth of all producers. With an estimated six-fold increase reaching 12.6m tonnes of HVO, the US will overtake Europe as the world’s largest HVO producer. Therefore, the removal of import tariffs from the US should alleviate two of the biggest reservations about extending HVO usage to heating.

Demand for biofuels could also change rapidly. We’re experiencing greater investment in and uptake of electric vehicles which could result in less demand for liquid fuel in the near future. Investment into the production, storage and infrastructure for hydrogen-powered vehicles will similarly reduce demand for liquid fuels in the future. It’s hoped that the subsequent void will free up a greater supply dedicated to heating. It should also be noted that the expectation isn’t to switch to pure HVO immediately, but to begin with a HVO blend with HVO100 becoming available for heating from 2025 at the earliest. This will allow for a smoother transition for homeowners, fuel distributors and the government while providing time to increase HVO production. Oil-fired boiler manufacturers are starting to make boilers compatible with HVO and HVO blends, while oil tank manufacturers such as Tuffa Tanks have already worked to ensure that oil tanks are fully HVO compatible.

As one of very few sustainable fuels suitable for aviation fuel, it is arguable that the aviation industry should take priority over HVO production. However, by working together, the requirements for heating and aviation could help to secure native HVO production. The use of HVO in heating and sustainable jet fuel is countercyclical; demand for heating oil is highest in the winter whereas aviation fuel demand peaks during the summer. By sharing the resource between the industries, it would create the consistent demand needed to help give investors confidence in backing the creation of HVO production plants within the UK and subsequently more jobs within the industry.

EV technology is particularly unsuited to heavy vehicles. This quarry is trialling HVO as a diesel alternative for its vehicles
There is also further research into and production of third-generation biofuels deriving from algae which has huge advantages: it has a wide range of applications including as a diesel or kerosene alternative, it can produce ten times more fuel per acre than traditional feedstock, the cultivation of microalgae helps with ecological equalisation by absorbing atmospheric CO2, and it could even be grown in a closed-loop system to capture carbon from power plants meaning it could conceivably help to produce ‘blue hydrogen’. However, the huge drawback (which Exxon Mobile anticipates will take at least another 15 years to solve, if at all) is that the production of fertiliser required to produce an algae-based biofuel would produce more greenhouse gas emissions than the biofuel would save.

Making HVO heating more affordable for oil-fired properties is also a major concern. With the backing of the industry and off-grid homeowners, Future Ready Fuels (a UKIFDA and OFTEC coalition) have been working towards a technology inclusive approach in new heating policies. Future Ready Fuels has used the Government’s ‘Off-Grid Consultation’ to argue that a price reduction similar to the Renewable Transport Fuel Obligation (reducing costs by 81p per litre) would contribute to a quick uptake of off-grid homeowners switching to HVO and significant progress towards decarbonising UK heating while keeping user costs and disruptions to a minimum.

We now wait for the results of the Off-Grid consultation and a dedicated UK biofuels strategy due later this year or in 2023. These reports will give a clear indication of the extent to which the government supports biofuels in domestic and non-domestic heating. Meanwhile, Future Ready Fuels will continue to work with fuel suppliers and heating technicians to prove the industry’s infrastructure is ready and waiting to tackle decarbonisation in UK heating.