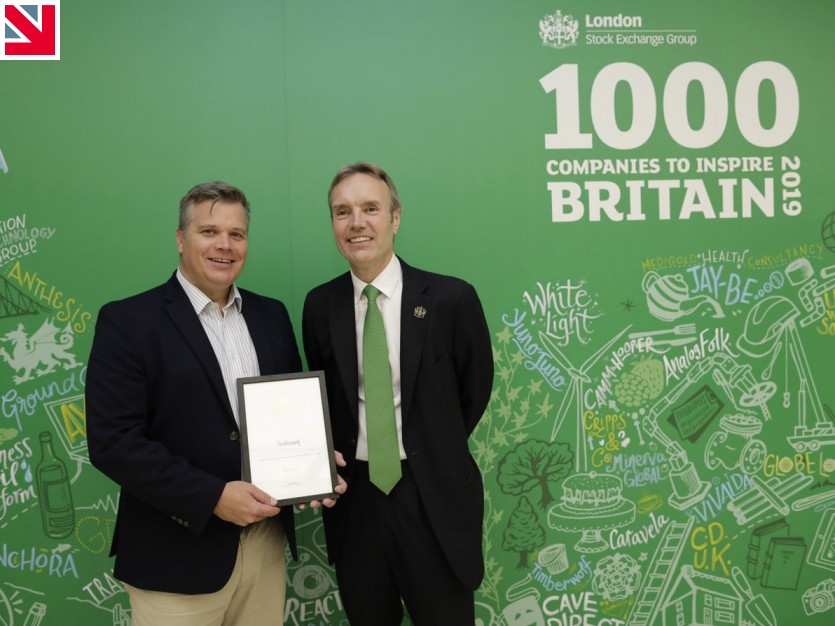 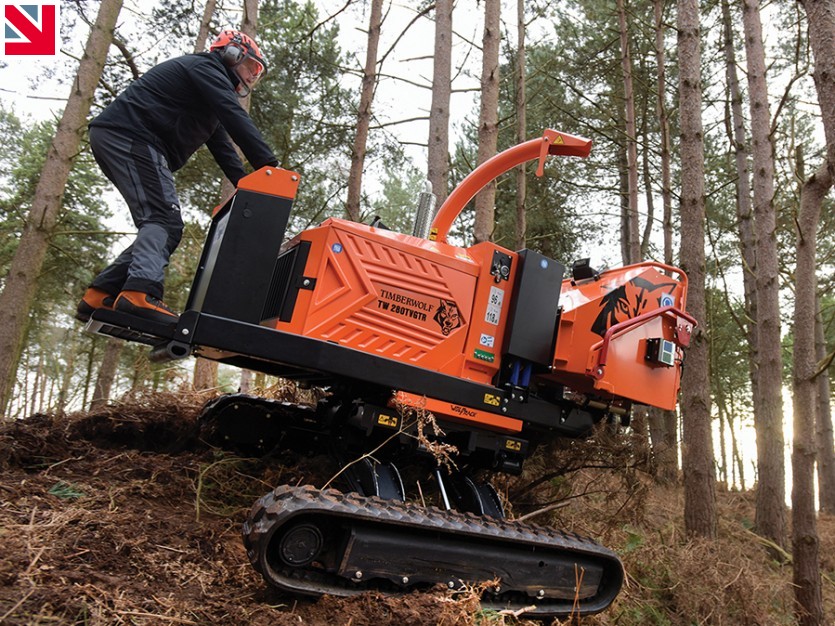 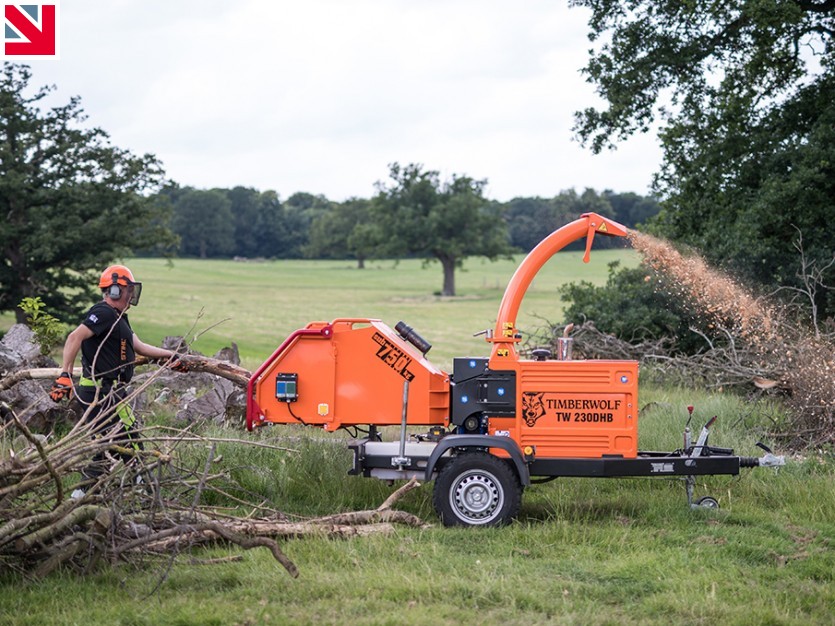 THE UK’s leading manufacturer of professional wood chippers and Made in Britain member, Timberwolf, has been recognised as one of the ‘1000 Companies to Inspire Britain’ in the London Stock Exchange Group’s 2019 Report.

The annual report celebrates the UK’s fastest-growing and most dynamic small and medium sized businesses (SME) over the last three years, with companies representing over 40 sectors and spanning every region of the country included in the prestigious list.

Timberwolf produces Europe’s best-selling sub 750kg wood chipper series – the TW 230PAHB and TW 230DHB – from its state-of-the-art manufacturing facility in Suffolk. These two machines have contributed significantly to Timberwolf’s large growth in the UK and Europe, with sales increasing by 256 per cent since 2013.
Chris Perry, managing director at Timberwolf, said, “Everyone at Timberwolf works incredibly hard to deliver unbeatable power and performance from every machine so it is a real boost for the whole team. We have grown considerably in both size and sales over the past few years, so are very proud to cement that growth with recognition on the national stage.”

In the ever-evolving arboriculture industry Timberwolf has stood out through its drive to constantly improve machinery, using new technology combined with over 30 years of industry engineering experience, and is the UK’s leading manufacturer of professional wood chippers.

“Congratulations to all the companies selected for inclusion in the sixth edition of London Stock Exchange Group’s 1000 Companies to Inspire Britain report, which identifies the UK’s most dynamic SMEs,” said David Schwimmer, CEO, London Stock Exchange Group. “SMEs drive growth, innovation and job creation and are the lifeblood of the British economy. We believe that supporting the growth of these businesses is critical to the UK economy and the creation of a society that works for everyone.”

As well as producing market-leading products, Timberwolf provides unrivalled customer service and industry expertise. Following the introduction of the government’s Stage V engine emissions legislation, Timberwolf launched its ‘All the Facts, #NoOmissions’ campaign, which helped educate the industry on the implications of the new regulations.

With much misunderstanding over the use of diesel-powered wood chippers, Timberwolf brought clarity to the arboriculture industry, providing reassurance that pre-Stage V diesel wood chippers, including the popular TW 230DHB, can still be used, bought and traded in the same way they always have been with no restrictions.

Find out more about Timberwolf on their member profile page here