Your views on green marketing 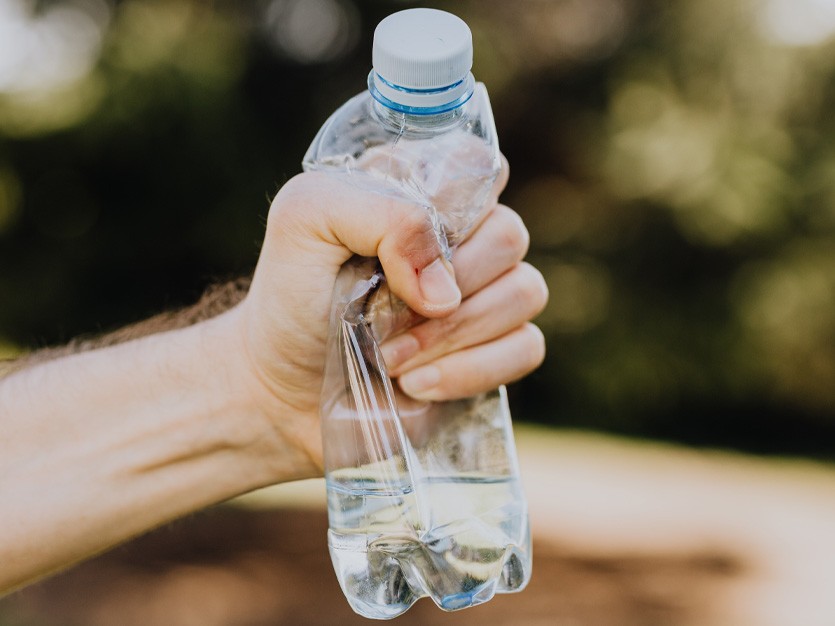 That’s the topic we’ve caught in the Made in Britain Twitter net: 9 September 2021.

EVERY Thursday at 1pm Made in Britain hosts #MadeinBritainHour on Twitter. During that hour Made in Britain asks questions of its 21,000 followers and the results are fascinating. Previously this information was enjoyed by the audience at the time and then left to drift away in the Twittersphere, rarely read again. So, we have decided to capture some of the best comments and re-present them for a new audience and easy reference. Some of the responses have been edited but most have been left in their casual Twitter style.

This week we discuss green marketing and what you think of it.

Question one: How informed are manufacturers and customers about the various terminologies: sustainable, circular, biodegradable, compostable, net zero etc?

Response: We believe that most are informed however, as it is not enforced they do not always choose to act!

Made in Britain: What about consumers, specifically around the terms biodegradable, compostable, sustainable?

Response: We imagine that their understanding varies, sadly we also believe that some still don't care as much as they should

Made in Britain: What do you think is needed to make more of them "care"?

Response: Providing people with the knowledge to be able to understand the impact human life is having on the planet.

Made in Britain: Who do you think should be responsible to doing this sort of education/communication?

Response: We would hope that manufacturers and consumers knows at least one of these terminologies. Talks about sustainability and our impact on the planet are definitely spoken far more than it used to and it's really paving the way that being sustainable is the only way forward

Made in Britain: we'd hope so, previous experience has shown us that it isn't always the case which is why we are asking the question today.

Response: Hopefully if not, they will soon be. They are words that are in the media because they are topical subjects. They are very important for members of the general public that are concerned about the environment & sustainability, they are in trade agreements & in customers' minds

Made in Britain: which words help sell to a consumer? biodegradable? recycled?

Response: Much confusion around varying terminology and what the direct impact of each term actually is. We produce safer adhesive products, same performance indicators as their solvent-based predecessors yet the uptake of these is still slow.. education..education!

Made in Britain: Is there a price difference to the solvent-based ones? and who should be doing the education do you think?

Made in Britain: That is interesting. Why don't they change more quickly (or at least try)?

Response: It gets complicated - manufacturing wise switching an adhesive that is not "specified" on drawings can be a challenge but the driver to do that is usually cost savings or production issues rather than an environmental agenda

Made in Britain: Is there an argument for some financial incentive from UK Government to incentivise switching to more environmentally friendly products?

Response: It should be left to the company to make the investment. Gov incentives rarely work well as there would be those who chase the Queens shilling rather than make the business sustainable. Case in point Hybrid cars

Made in Britain: I think you are right Nigel. Where should we start with the education process?

Response: Start with definitions. Sustainability is a dependent on what angle you are looking from. Sustainable for the Business? for the Employee? for the economy? for the planet?

Made in Britain: It all got a bit confusing when terms were introduced. Didn't we start with the greenhouse effect, that then became climate change. Then we had Green, then sustainable?

Response: This is the problem for the general public... confusion.

Response: Yes, maybe at COP26 we could have a national broadcast called "Explaining sustainability" or should it be "Going Green Made Simple" - the title is confusion itself

Response: Or they could have a zoom meeting and make sure that there are representatives from all sides of the spectrum. COP26 is a publicity parade with only one side of the discussion

Response: Not as well informed as we need to be, but we're getting there!

Made in Britain: who do you think should be doing the educating on this subject? its the entire population who need to understand it

Response: I think that these terms need to be explained and action instilled at an early age, as soon as kids attend nursery school and continue through their education process and into the workforce. We all need to understand them and we all need to help as much as we can...

Response: Echoing what @NigelTPacker has said really, some are very well informed and some have minimal knowledge or even interest in the subject. It doesn't help that there appears to be a lot of misinformation out there.

Made in Britain: How do you mean misinformation? any examples?

Question two: What is the best way for a manufacturer to demonstrate/market its real sustainability credentials to purchasers/consumers?

Response: To show what they are actively doing to minimise their impact on the environment

Made in Britain: That is quite a big marketing campaign? is it more difficult when looking at consumer products when customers decide by reading the package labels?

Response: Many consumers don't read the packaging. They look for labels and feel better about themselves if there is a green leaf on the packet. We have done our own research as we read all labels for medical reasons. The people selling the products are not even aware

Made in Britain: This possibly links to what @PeerlessPlastic said about accreditations a little earlier. Do these provide the package labels you refer to?

Response: Be authentic and transparent and show that the business is truly trying and has sustainability credentials and not only paying lip service

Made in Britain: How do you do that? integral part of advertising/marketing? or make it a core message?

Response: Definitely a core message and part of marketing/advertising and communications in general. The market needs to be educated and by showing yourself as a leader you are sharing best practice, as well as living the values.

Response: As @LINIANFireClip just said a blog of the journey to sustainability would be a great idea to share on social media

Response: Report on credible figures, have open days, demonstrate the impacts in the wider communities, work with businesses to encourage sustainability throughout the supply chain...there are many ways to show credentials & bring them to life instead of just having a statement on the web.

Made in Britain: A good example is from Made in Britain member @AhmarraDoors - their new purpose-built facility has really demonstrated their growing commitment

Response: To be honest about it. We don't use any plastic in the manufacturing process but still use plastic packaging as this has always been the most practical option. We're working on a much more sustainable way forward. We'd love to blog 'Our journey to sustainability...'

Made in Britain: The more companies that do that, see it as a 'journey' the better. The more that describe their journey will help others. As @NigelTPacker always says, small changes can make all the difference to start the journey

Response: Best way is to be as open as possible. Be transparent and showcase what steps your business is taking to support the environment. Use social media channels to communicate your actions and by that we don't mean greenwashing. Show behind the scenes of your business

Response: Transparency. Show what raw materials that go into the things they make, where they come from and explain the processes that make them. Many companies are a little shy about doing this yet they claim green credentials

Response: Have a set of realistic goals that you can achieve over the years and document the process via the use of social media and blogs/vlogs etc. Showing that you're committed to trying to change and reach those goals. Various industry accreditations can help to.

Made in Britain: @LINIANFireClip mentioned something similar about a blog. What accreditations do you think help?

Response: A mix of all mentioned.

Response: As @SycamorePELtd have said, all of the above, companies want to be seen to be doing the right thing and customers too so they will try to purchase from those companies that are helping to make a difference.

Made in Britain: Understanding the customer is key to this - sensing the shift to being more concerned about sustainability and acting before they go somewhere else?

Response: All together. However, we do believe that consumers might be the ones that are really driving the change. Companies are having to adapt to their demands! Which is great for both sides.

Made in Britain: Customers can change habits quicker than companies can change the way they manufacture? is there a message here?

Response: Most definitely. Companies need to adapt to change quicker

Response: Yes, we very much agree with you here. Changes in manufacturing does not happen quick, however having a clear vision with measurable goals and working towards it continuously - will make a difference and pave the way forward.

Made in Britain: Do you think that some manufacturers don't know where to start their sustainability journey? or just don't see the need to start it?

Response: Customers are looking for evidence of this, and that is enough to make it a priority for all concerned

Made in Britain: I guess the question for some companies is 'when' - are they waiting for something to happen to start their journey? but don't know what

Question four: Does the UK government need to incentivise British manufacturers to properly embrace sustainability, net zero and the circular economy? How would they do it?

Response: It would certainly help and I think that more would try to do what they could if that was the case. It would be a logistical nightmare though I feel... I'd love to be proven wrong though.

We tend not to edit the contributor's Twitter-speak text so if anybody would like to understand this better, email editor@madeinbritain.org and I will try to get a clearer explanation.

Join Made in Britain on Twitter at 1pm every Thursday for #MadeinBritainHour. We engage with everybody, members and non-members alike (some of whom become members as a result). Hopefully, see you there.

This page has links to all the previous Twitter conversations we have 'caught in the net': CLICK HERE.