Zaun develops SR3 fencing for rail and other CNI applications

A high-security fence for rail and other critical national infrastructure applications that resists for more than five minutes sustained attack with specialist power tools has been developed by Made in Britain member Zaun.

The steel fencing manufacturer has received a revised Certificate of Product Approval from the Loss Prevention Certification Board (LPCB) to include its brand new CorruSec SR3 approved to Security Rating 3.

The fencing system incorporates corrugated HiSec 3-5-10 mesh sandwiched between further panels of HiSec 3-5-10, a special welded steel wire fence panel similar to the type of mesh usually used for prison fencing, whose name is derived from its mesh size – 3" × 0.5" × 10 gauge. 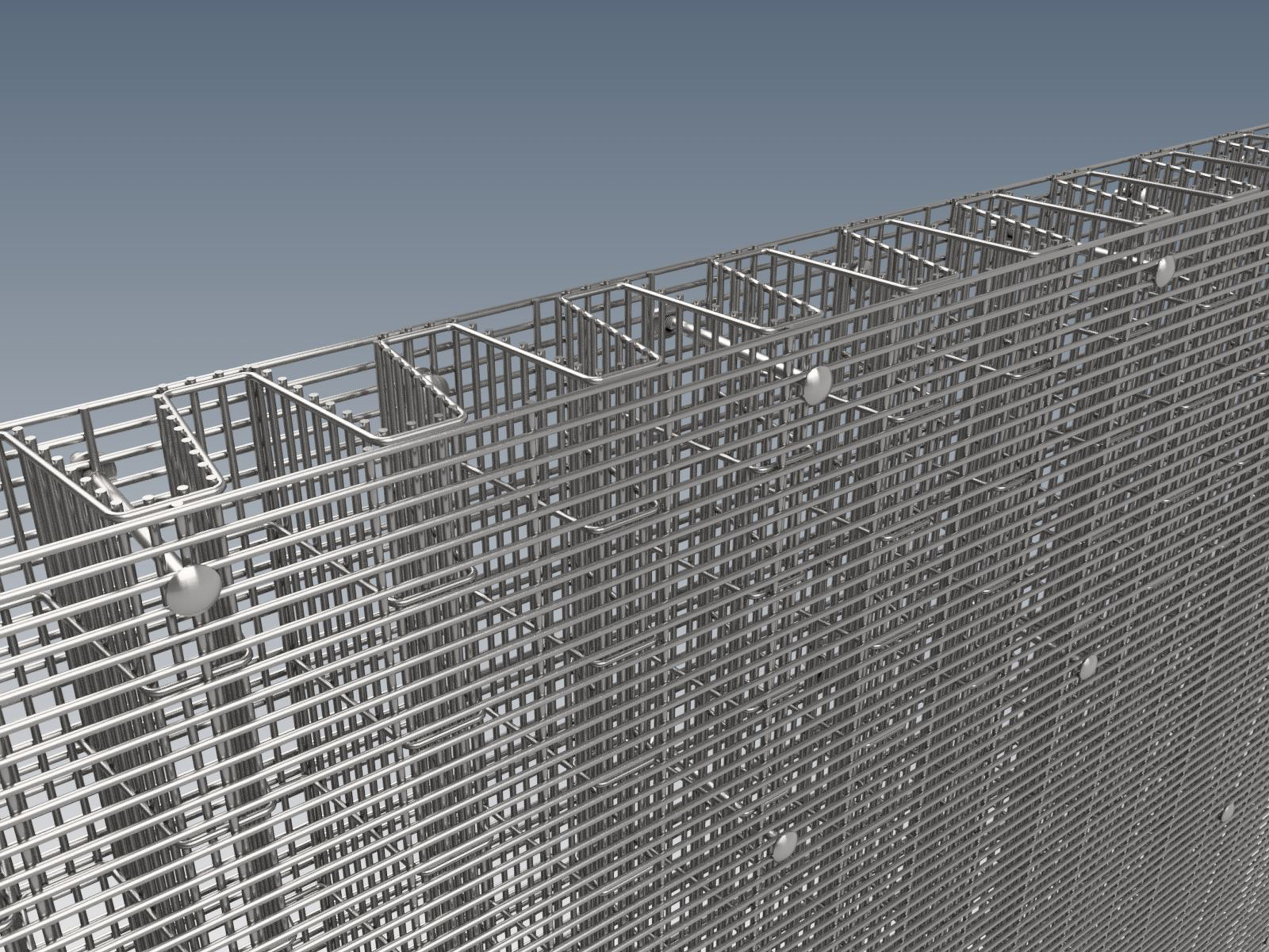 The original concept was the idea of Zaun co-founder and director Alastair Henman – and has been developed by research and development manager Adam Christie.

Christie explains: “Alastair conceived the design by looking at the construction of cardboard, in particular the corrugated kind, and how the corrugated element created a much stronger three-dimensional material.”

“So, we started experimenting with a corrugated mesh centre section to give fencing greater rigidity and increase its thickness without adding much to the material content and weight, to counter the kind of tools attackers might use.”

CorruSec SR3 has been subjected to sustained attack by testers from the Buildings Research Establishment (BRE) wielding a range of hand and power tools, yet they could not breach the CorruSec SR3 in less than five minutes.

The fencing system is manufactured to BS1722 Part 14 and is approved at heights from 2.4 to 6m above the ground, in ground or base plated options.

Each individual panel features a 76.2mm x 12.7mm mesh configuration with 3mm horizontal and vertical wires.  The corrugated section is pressed to approximately 100mm in depth.  All three layers are bolted together using bolts fixed into place in a grid pattern throughout the combined fence panel.

CorruSec SR3 provides good through visibility for use with CCTV cameras, while security toppings can be added to suit.

Henman says: “The current specification for CrossRail stations is a ‘5-minute fence’, so we set about seeing if we could create a viable product.

“Across our customer base, operators of critical national infrastructure are upgrading their most sensitive sites given heightened fear of terrorist threats and the advances in technology, such as our CorruSec product.”

As well as rail applications, SR3 fencing is ideal for protecting assets at water utilities, oil and gas compounds, data centres and other sites of critical national importance.

Further Zaun security systems have achieved Security Ratings including their HiSec Super10, Duo8 and HiSec 358 systems (certificate number 1164a/05) and are entered into the Red Book for LPS 1175: Issue 7.

To maintain accreditation and a listing in the LPCB Red Book, manufacturers must regularly demonstrate to independent auditors that they are producing products consistent with those tested.  This gives the customer the guarantee that they are getting a secure and quality product.

Products approved by LPCB are rigorously tested for resistance to deliberate attack and play an important role in protecting people and property against physical attack, burglary, vandalism and terrorism.

It is the result of many years of work by LPCB, UK government, insurers and police.  It has rapidly become a core element of physical security specification across many sectors