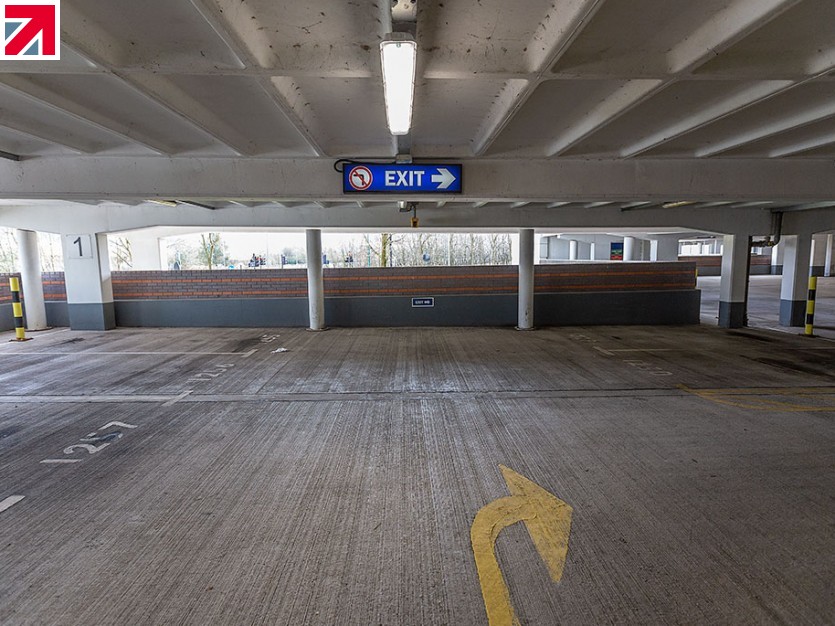 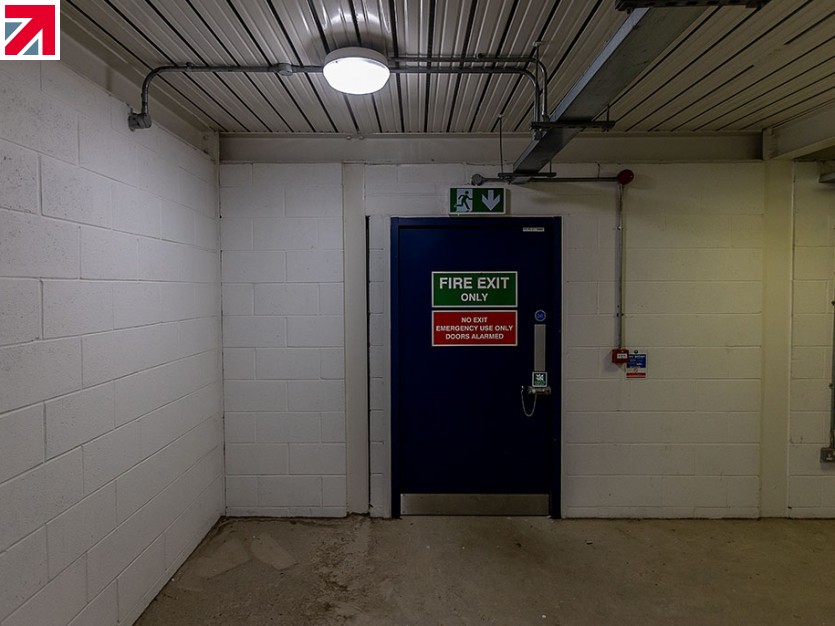 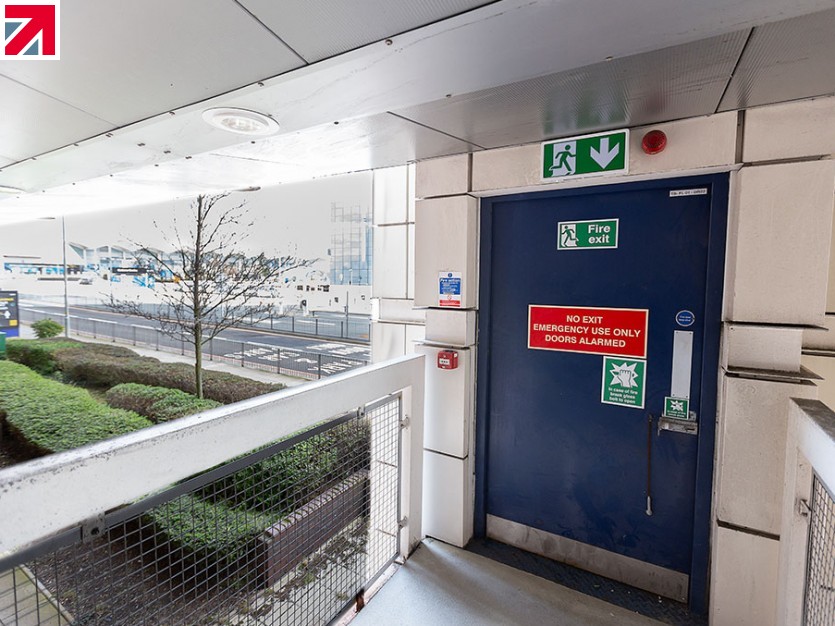 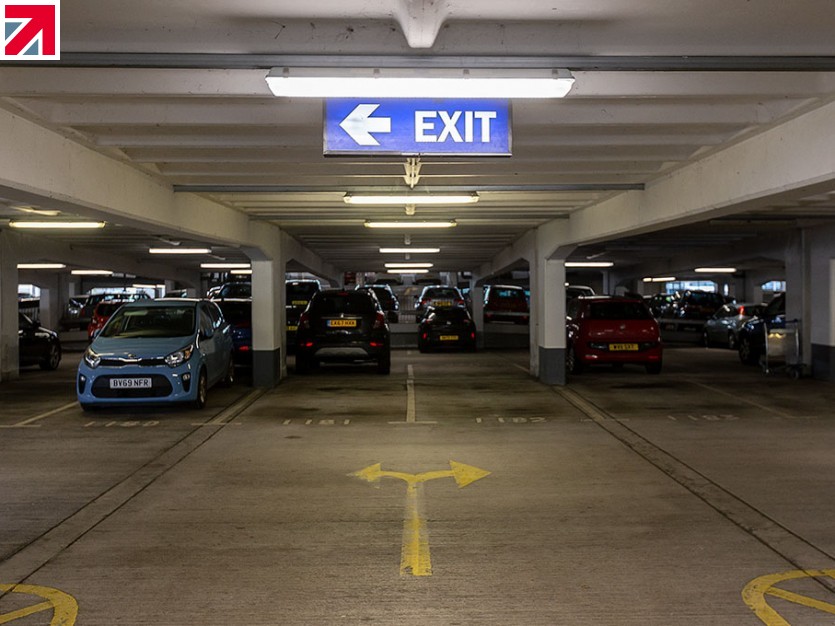 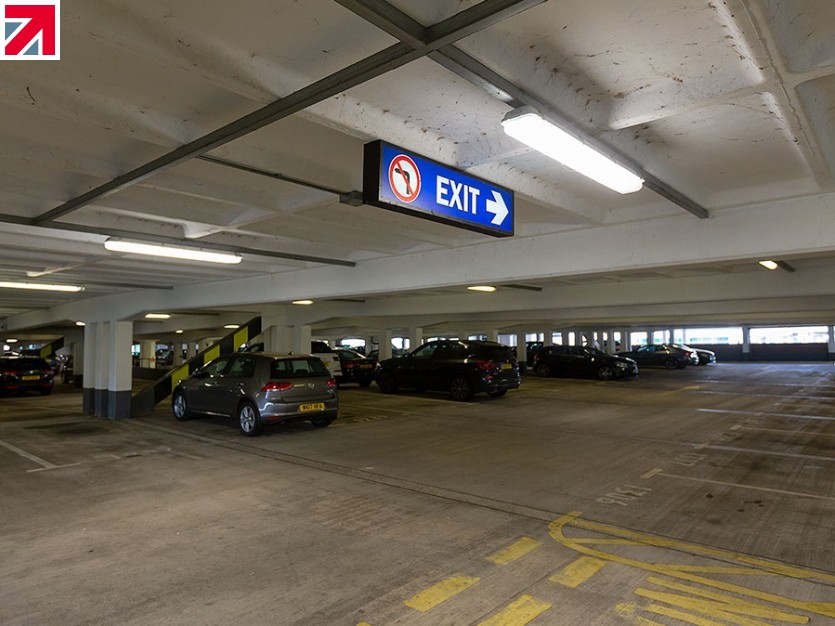 The Airport is also an operating base for some of Europe’s biggest airlines. In 2019, its top three routes were Dublin, Dubai and Amsterdam, with Dublin serving almost a million people over the 12 months.

Birmingham Airport has a north and south departure lounge and one central arrivals area.
In November 2019 Birmingham Airport announced its commitment to become a net zero carbon airport by 2033. Working with contractor Eviva, the airport required its current emergency lighting to be replaced. Dextra was chosen because of its ability to provide detailed design work with emergency lighting calculations which formed part of the energy report for the airport. All fittings were supplied with low smoke, zero halogen cable, which is an important part of airport standards.

The Hydra LED was used in two outputs-L38 for the open areas and stairwells in the airport and L87 were used over ramp areas to achieve higher lux levels in these areas, with 264 supplied in total.  The Hydra was chosen with self test emergency which eliminates the need to carry out manual emergency thereby reducing maintenance costs, testing is undertaken automatically and failures shown by a change in colour of the indicator LED.

It is ideally suited to industrial applications where protection from dirt and dust ingress and light impact is essential, especially in areas where access is difficult and the cost of maintaining traditional fluorescent sources is high.

The Protec LED is a high-quality recessed LED downlight. It uses the highest quality components with cutting edge optic design and a modern aesthetic. It offers lumen output packages up to 3000lm making it suitable as a primary light source for high end specifications, such as receptions, offices, retail, corridors, meeting rooms, airports and educational establishments. With impressive energy cost savings (with short capital cost payback periods) over its fluorescent equivalents, it is an ideal option to tie in with environmental management policies, requiring a commitment to energy reduction. The Protec LED comes with a number of bezel, reflector, beam angle and colour attachment options and once installed, reflectors and colour attachments can be easily removed and replaced. This allows for lighting updates in-line with changes to room layout, new branding colour schemes or display rearrangement.

Dextra’s Amenity Plus Metal LED-Circular, which can be easily mounted onto BESA fixings, were used in the concreted lift lobby areas, with 16 supplied. The Amenity Plus Metal – Circular is manufactured with a high pressure die cast aluminium housing for improved strength and durability. The Amenity Plus range is sealed to IP65 allowing for use in external areas such as under canopies or external wall mounting, however is equally suited to a range of internal applications such as corridors, stairways, toilets and storage areas.

Finally, 52 EXI LEDs were chosen for use over exit doors into the stairwell lobbies. The EXI LED is a versatile emergency exit sign suitable for a wide variety of installation methods. Manufactured with a white powder painted steel housing the EXI LED can be installed with conduit entry to the sides or BESA box to the rear. Self-test and autotest variants are also available in this range to minimise the cost of testing. All EXI LED legends are compliant with the safety signs directive 92/58/EEC or ISO 7010 formats.