THE director of an Edinburgh- and London-based software maker has criticised some British companies for failing to consider suppliers based in this country, despite the many benefits of buying British. 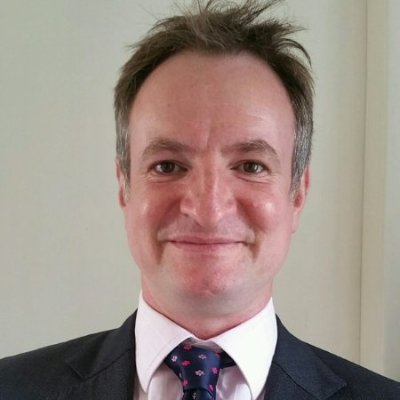 Mark Ridley (left), director of Backup Systems Ltd, which makes bespoke IT backup and disaster recovery solutions, told Made in Britain, “Retail customers are all educated to buy British products – they are proud to choose British-made when they go to the supermarket. But buying British rarely enters the thought processes of some British businesses.

“I have spoken to hundreds of IT directors and IT managers over many years and the fact that my product is made in Britain has no input into their buying decision, in some cases it even puts them off. This is especially bad when you consider we are ISO27001 and Cyber Essentials accredited and have more than ten years’ experience. I know that some of the companies they buy from do not make products as good as ours. This should shame them but they really do not care where they buy from.”

Some businesses seem to make the mistake of assuming that buying from a reseller or British store is the same as buying British. This is a ‘get out’ excuse he hears regularly.

“Going to PC World and buying a Dell laptop is not buying British and we should not kid ourselves that we have bought British,” said Mr Ridley. “Obviously it may not always be possible. I have a Dell laptop myself but if there really was a British-made laptop that I knew about, I would buy it. If they were to ask their procurement people and suppliers where the real product was made that would be great. Buying British is more than just supporting our shops.”

Mr Ridley says the attitude is based on a false perception that Britain is not at the cutting edge of technology. He believes the UK can be compared with any country in the world for its IT product development. Global IT giants such as Google and Microsoft are not infallible, he says, and do not offer the close working relationships you get from working with a British supplier.

Made in Britain chief executive, John Pearce, said, “This is a story we hear quite often and we are doing a lot to change attitudes and behaviour. As our survey last year showed, British companies' attitudes are changing. The pandemic, Brexit, and climate change all offer compelling reasons to buy products made closer to home. And the traditional reasons of great design and quality, plus brilliant customer service are as relevant as they ever were.

“We also revealed that business buyers are more likely to consider British products than their consumer counterparts, but we're not resting on our laurels here. Since joining the All-Party Parliamentary Manufacturing Group we have fought to keep procurement on the agenda for all meetings, with the 'buy British' message front and centre. We also changed the Made in Britain code of conduct last year and item 11 now requires members to seek British manufacturers first as part of their procurement policies.”

What do you think? Have you encountered similar attitudes when approaching British businesses? And do you know of a good British-built laptop? Email editor@madeinbritain.org. For more information about Backup Systems Ltd, visit its members' directory profile page here and its website here.