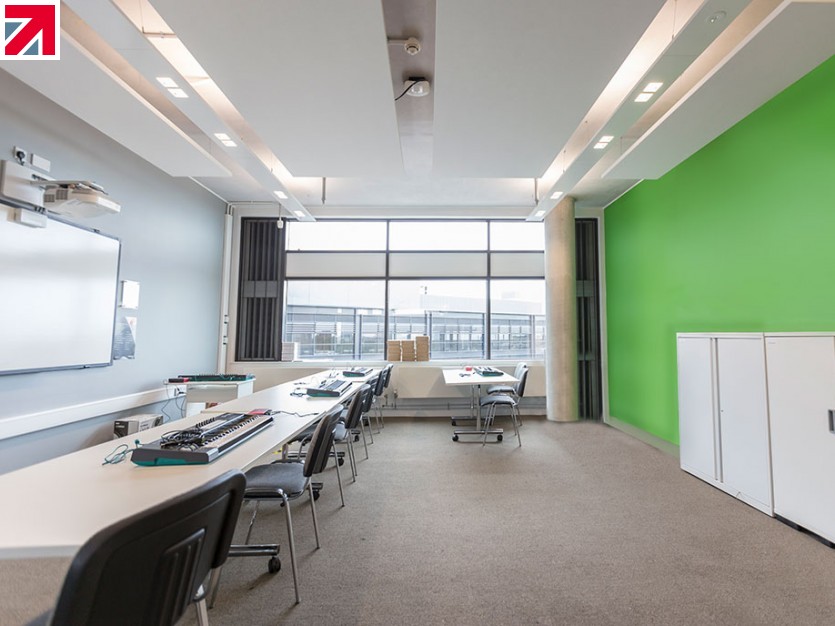 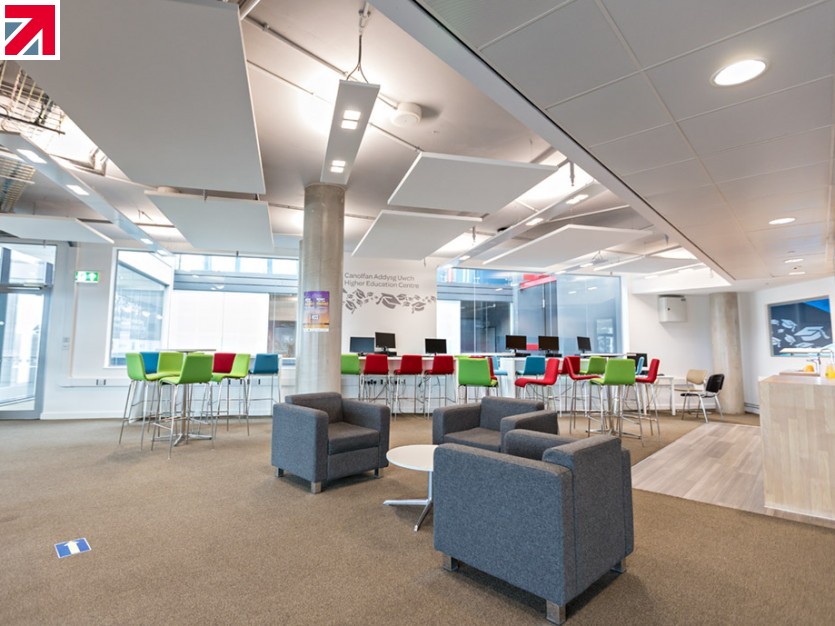 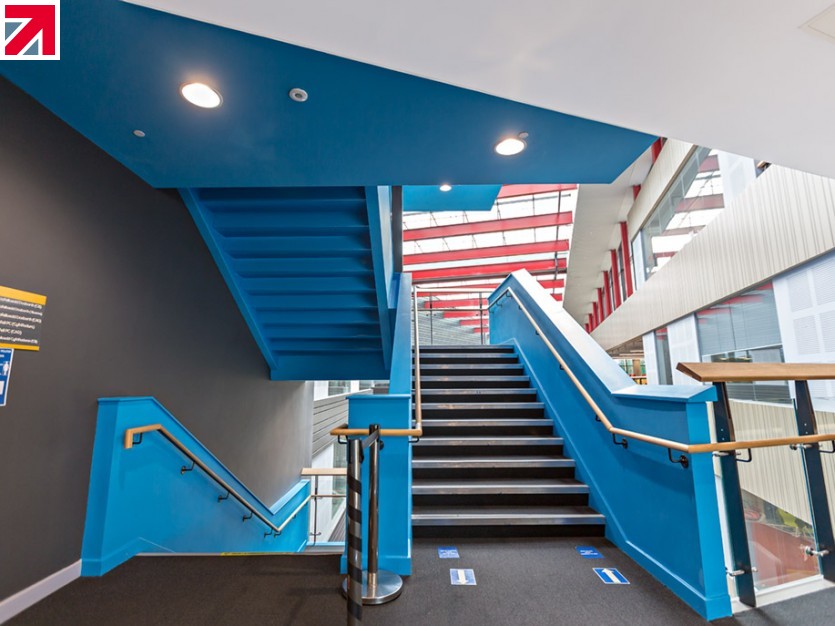 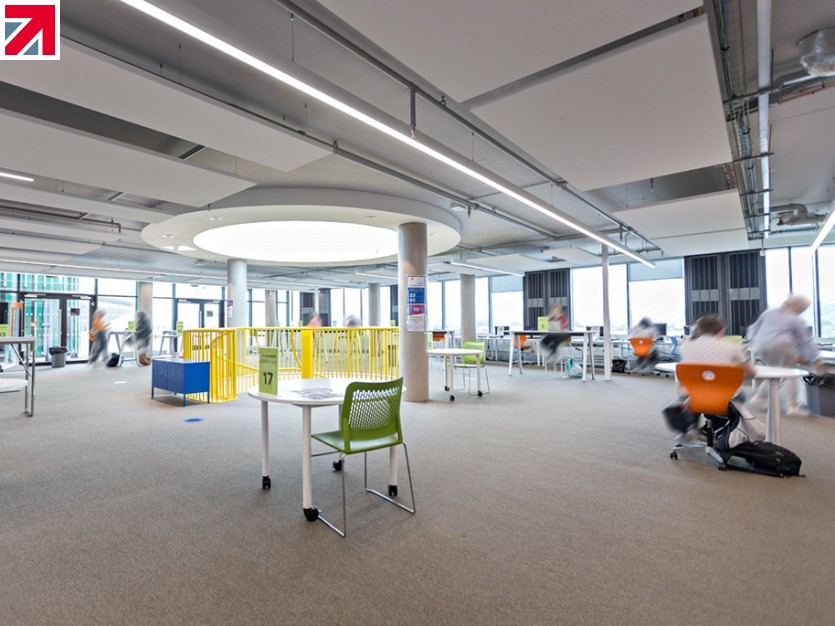 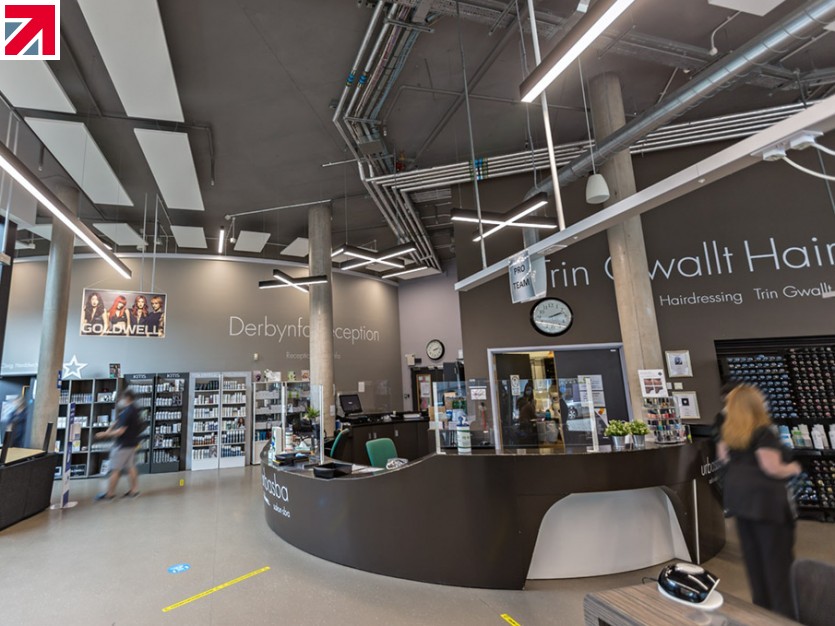 The Cardiff & Vale College City Campus (CAVC) is a further education college in Cardiff and the Vale of Glamorgan, Wales. It is home to more than 30,000 students a year across it full and part-time courses.

The college was formed in September 2011 by the merger of Barry College and Coleg Glan Hafren. The merger was a result of the Welsh Assembly Government encouraging colleges in Wales to collaborate so that it could maximise benefits for students. It is now one of the largest colleges in Wales.

In 2015 a new main campus costing £45 million was opened in Dumballs Road, Cardiff, to cater for 4,000 students. Facilities included 130 teaching rooms, film and dance studios, a theatre, a hair salon and spa and, on the top floor, a public bar and restaurant.

Working for Gary Collins, Head of Estates Operations at CAVC alongside contractor ASG Electrical. Dextra was required to work quickly to meet a fast-turnaround time, delivering the bespoke solutions in a six-week window for completion.

Despite the new CAVC City Campus only being opened in 2015, it had a very dated lighting package. LED lighting was a target area for the college as part of an energy saving programme to improve on their existing T5, T8 and Compact Fluorescent Lamps that were unreliable and proving expensive to maintain.

The bespoke LED solutions that Dextra Lighting delivered for this project were central to the college being able to make significant savings on their maintenance bills, whilst improving on their energy consumption across the campus. As well as this, the refurbishment programme considered the well-being of their students as well as the practicality of maintaining the new light fittings.

With the guidance of Dan Smolinski from Dextra Lighting and Gary Collins from CAVC,  Dextra were able to target the most inefficient T8 Lighting first, followed by the T5 Lamps and the compact fluorescent solutions.   Speaking about the project, Andrew Gardener, ASG Electrical said: “An unbelievable achievement by Dan and everyone at Dextra Lighting, from site survey to completion inside six weeks was simply incredible, this project was a pleasure to deliver to my client on their largest campus in the heart of our capital city.”

Gary Collins, Head of Estates Operations at CAVC said: “A fantastic project to be involved with, from proposal to completion using bespoke Dextra fittings was a great achievement, I look forward to working with Dextra again on our next project.”

The Rubix Suspended Bi-Directional was a completely bespoke solution provided for the project, along with Dextra’s Runway Continuous and Stand-Alone variants.

The Rubix Suspended bi-directional were bespoke size fittings with customised lumen packages and bespoke infills to house their existing emergency system. These were used in the classrooms and circulation areas within the campus and 650 were supplied. DALI controls were used throughout the project
With bi-directional output as standard the Rubix Suspended Bi-Directional ensures that both the working area and the ceiling is effectively lit providing an attractive space. A balanced design also allows for a two point suspension that is both discreet and quick to install.

Moving on through the campus, the BTEC was used in general areas. The BTEC Downlight is ideal for customers who need a premium quality downlight with high quality LEDs and drivers, excellent efficiency and a five year warranty, whilst still suiting those on a more restricted budget.

With a spun aluminium housing and injection moulded cable retention, the BTEC Downlight provides a seamless single piece white aluminium reflector and bezel. It comes in two sizes, 167mm diameter and 220mm diameter but can be supplied with a range of infill rings where required if your ceiling cut out is not compatible with the standard luminaire range.

Also used in the general areas was the Discalo LED. This brings a highly efficient and low maintenance luminaire to our amenity range, complimenting the functionality of the Amenity Plu. Exterior and Decorative ranges with a highly attractive luminaire giving a halo effect with two colour options.
Dextra’s Runway Surface and Suspended was supplied in black for use in the salon areas and white for the library. The Surface and Suspended Runway provides a seamless appearance that can be infinitely reconfigured to dramatic effect. A slim line aluminium housing available in three colour options, offering the versatility to be surface mounted or suspended in continuous runs combined with corner sections, a range of lengths and lumen outputs and optional bidirectional distribution ensures that you can create a layout that enhances any space creating an attractive environment for workers or enticing potential customers.

A Black Bezel version of the Protec LED was also customised for use in the college’s spa areas. The Protec LED is a high quality recessed LED downlight that uses the highest quality components with cutting edge optic design and a modern aesthetic. IP65 can be achieved for use in bathrooms and wet areas.

Also used in the general areas of the college were the Graduate LED and Rubix Flush.