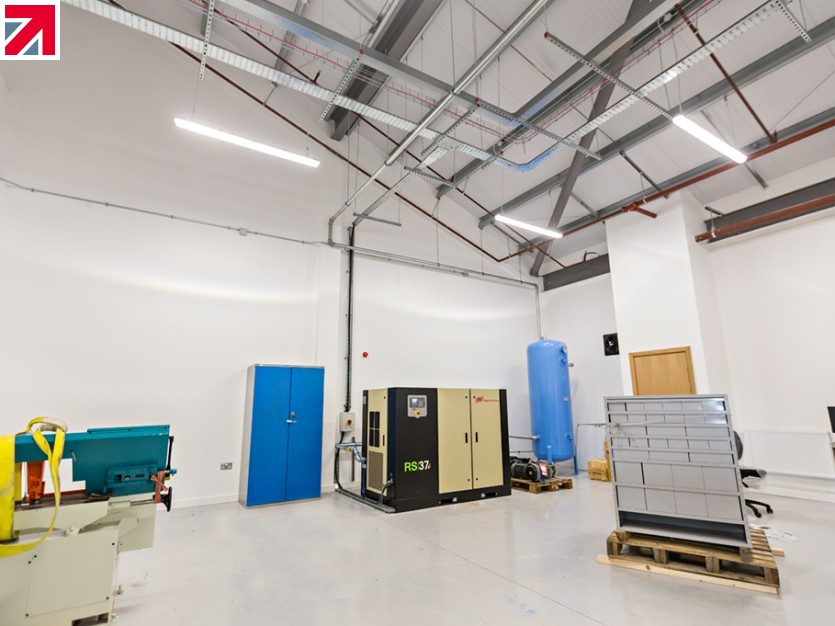 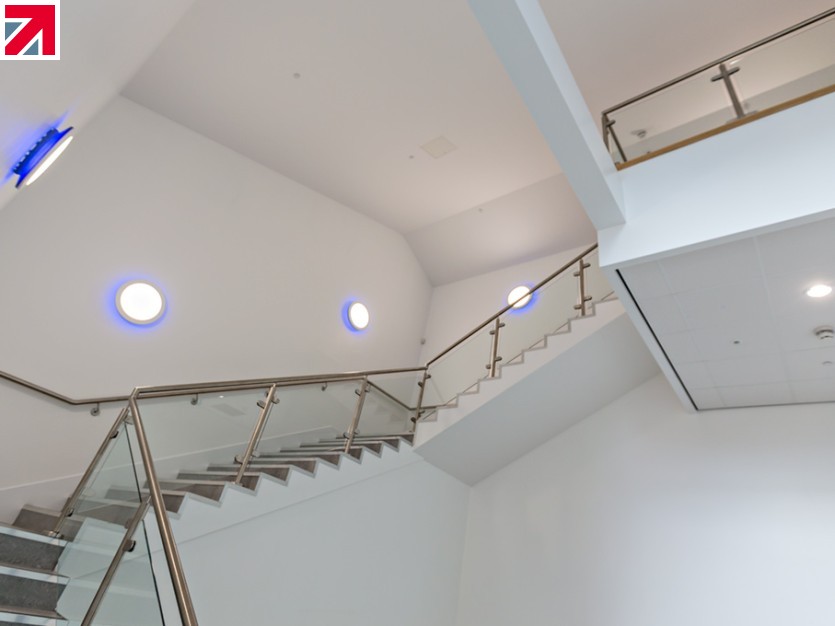 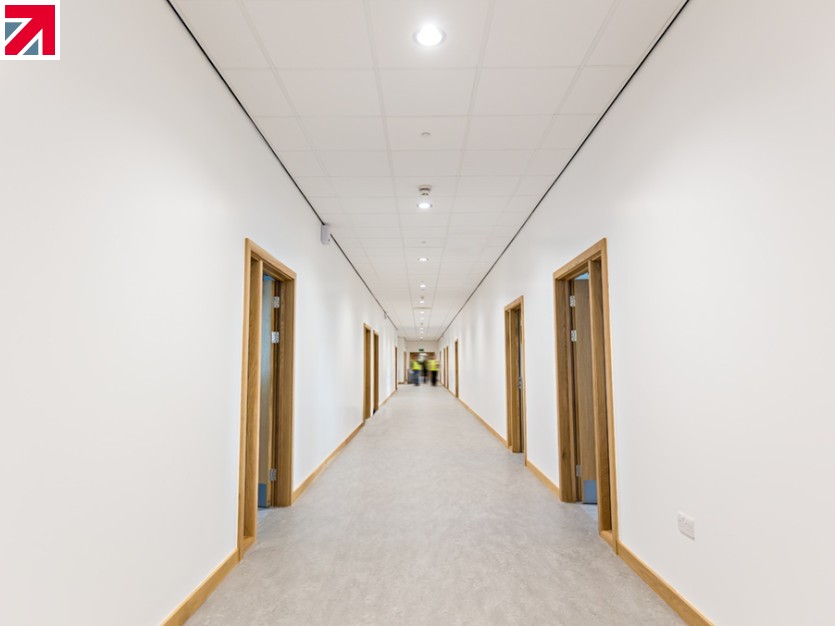 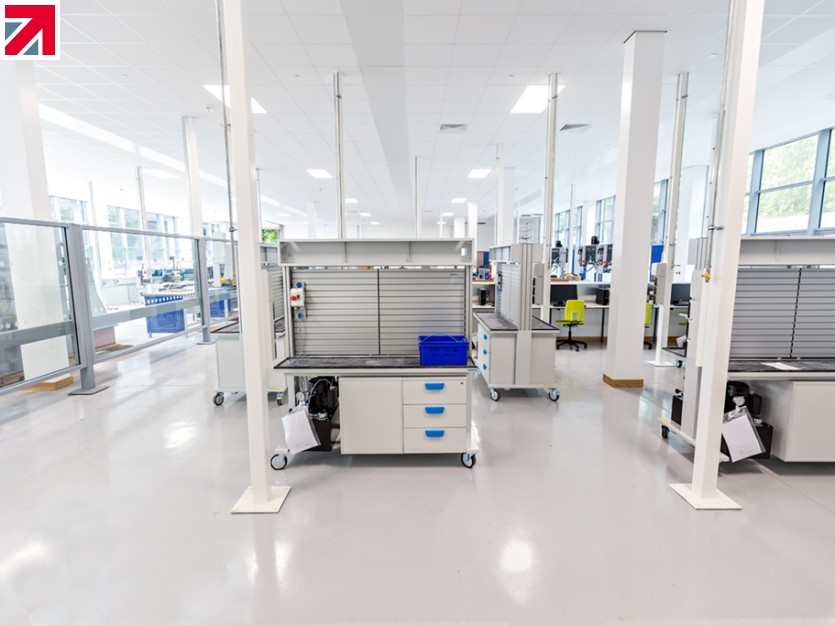 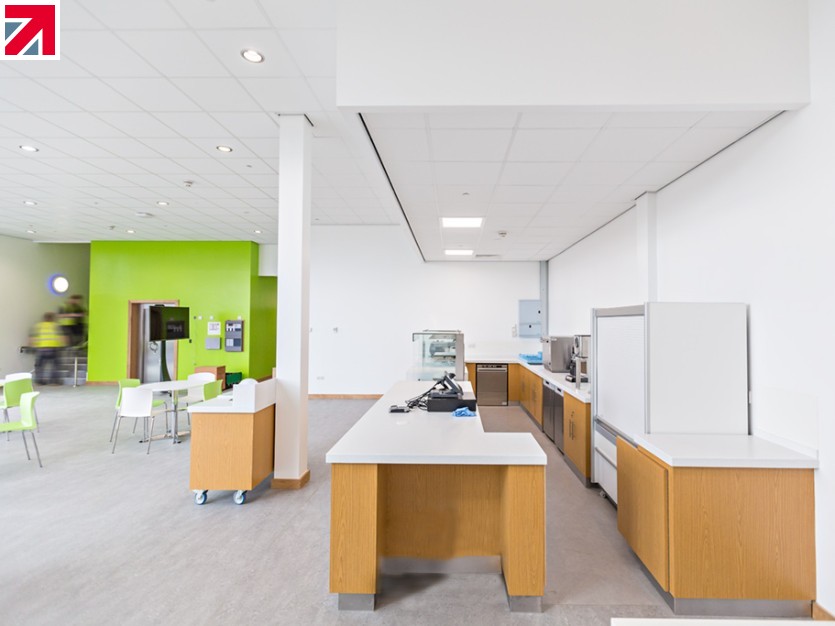 Coleg Cambria is one of the UK’s largest colleges, with over 7,000 full-time and 20,000 part-time students and international links covering four continents.

It was originally set up following the merger of Deeside College and Yale College in Wrexham. The college offers several full time and part time courses, apprenticeships and employer training. It has several sites with many of the buildings being updated.

Coleg Cambria has an on-going development programme for its buildings and this project focused on the refurbishment of the engineering block at the Wrexham campus. Having worked on Coleg Cambria projects before, Dextra was again asked to design and provide lighting for the block, working with Fred Weston Electrical Contractors and consultants Engineering Service Design (ESD).

To create the look of a gull wing panel in the classrooms and offices, the Graduate LED Recessed was selected, with 108 luminaires supplied-90 DALI and 18 standard and with REA6 sensors. The Graduate LED is extensively used in schools and hospitals nationwide.

In the WC and circulation areas, the Protec LED was used, with 89 supplied with REAF7 6A LL sensors. It was customised to include DGR, DG SSR and IP44 rating attachments for different areas.

The Protec LED is a high-quality recessed LED downlight, it uses the highest quality components with cutting edge optic design and a modern aesthetic.

3 Amenity Plus LED Circular’s were installed in the storeroom. The Amenity Plus Metal – Circular is manufactured with a high pressure die cast aluminium housing for improved strength and durability and can be offered with optional integral sensor, emergency, corridor mode or dimming options as well as square and black or white housings.

To meet requirements for IP rating in the buildings’ plant room, 12 Hydra LED’s were installed, six of which were emergency versions. The Hydra LED is supplied with stainless steel clips and screws as standard in order to ensure that the luminaire has tooled access in compliance with regulations.

The Hydra is ideally suited to industrial applications where protection from dirt and dust ingress and light impact is essential, especially in areas where access is difficult and the cost of maintaining traditional fluorescent sources is high.

In the office areas, 5 Modled Office were installed. This luminaire has been designed specifically for applications where monitors are used in areas such as classrooms and offices. By using a central microprism optic with high transmission opal diffuser surround the MODLED Office is designed to comply with the latest BSEN 12464 glare requirements for both the 3000 candelas per metre squared limit above 65 degrees and UGR19.

To offer a decorative approach in the double height atrium in the break-out and canteen areas, Dextra supplied 8 Capo LEDs.
Combining efficiency with form the Capo LED provides an architectural solution in suspended applications for both ambient and accent lighting. With anodised spun rear housing, translucent collar available in a range of colours and opal refractor the Capo LED provides a decorative and attractive installation that can also be tailored to suit any corporate theme.

Also, to help achieve the IP rating needed for cooking areas the IMPR LED was chosen for the kitchen in the building, where 2 were installed.

The IMPR LED is a robust IP65 LED luminaire for use in applications where the luminaire must be protected from ingress of dirt, dust and water and is rated to IK10.

In the stairwells of the building, 8 Discalo LEDs were installed to help deliver energy savings. The Dextra Discalo LED uses the latest branded LEDs and is available in various options. In all the classrooms, WC, circulation and workshop areas, the LED4 was used to enhance the recessed areas, with 97 installed in the open and 10 near the escape routes.

Also used on this project was the Modled Slim (with 29 installed) which was chosen for its IP40 rating for the double-height workshop used as part of the engineering courses at the campus. The Modled Slim provides a minimalist flat panel appearance with a homogenous lit diffuser. The highly efficient back lit design gives a superior energy efficiency and LED lifetime.