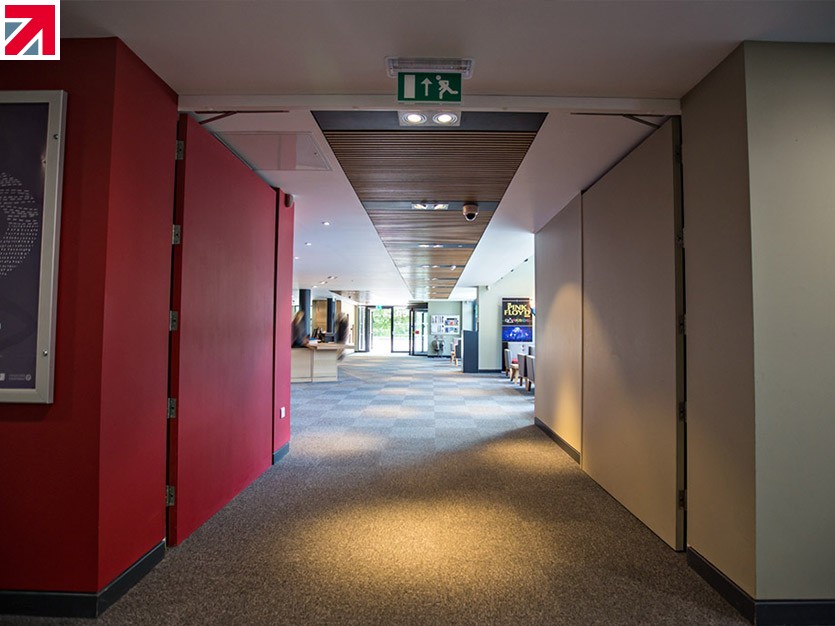 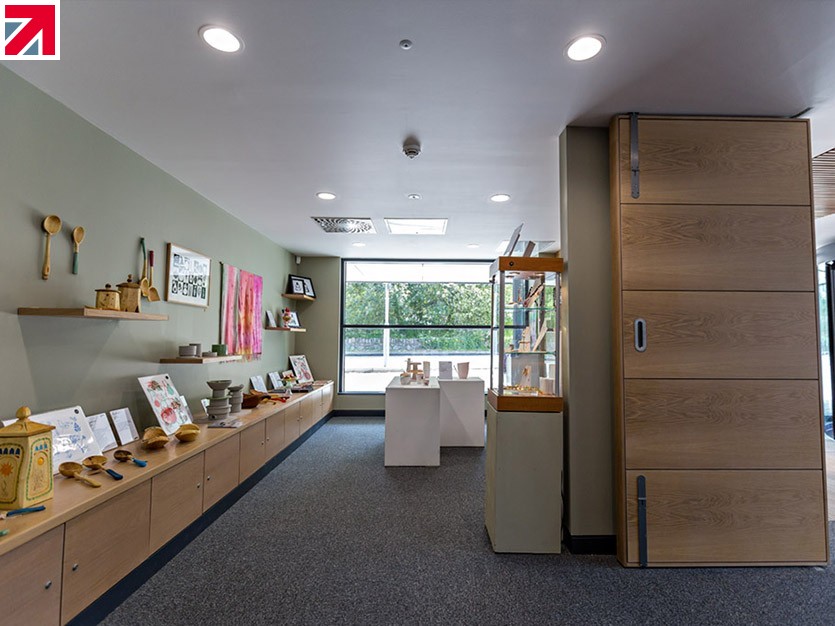 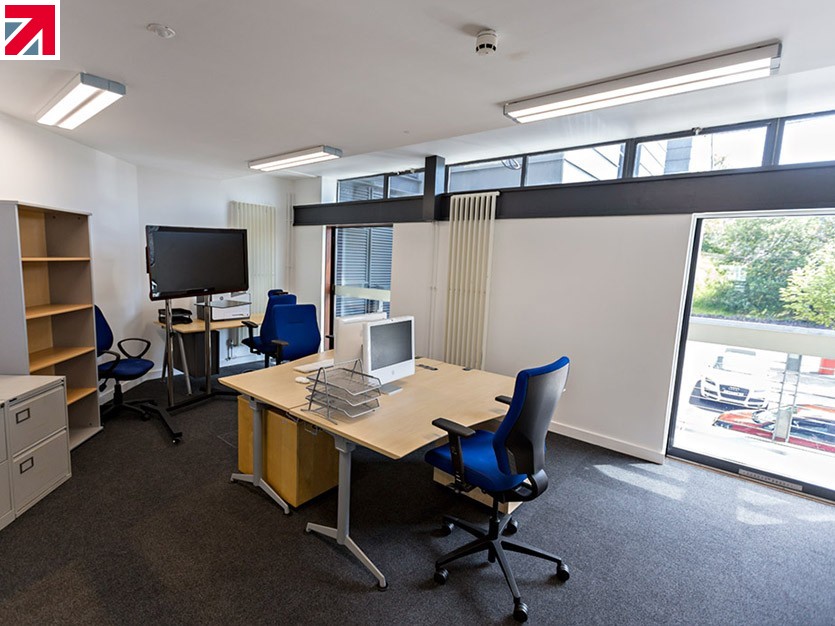 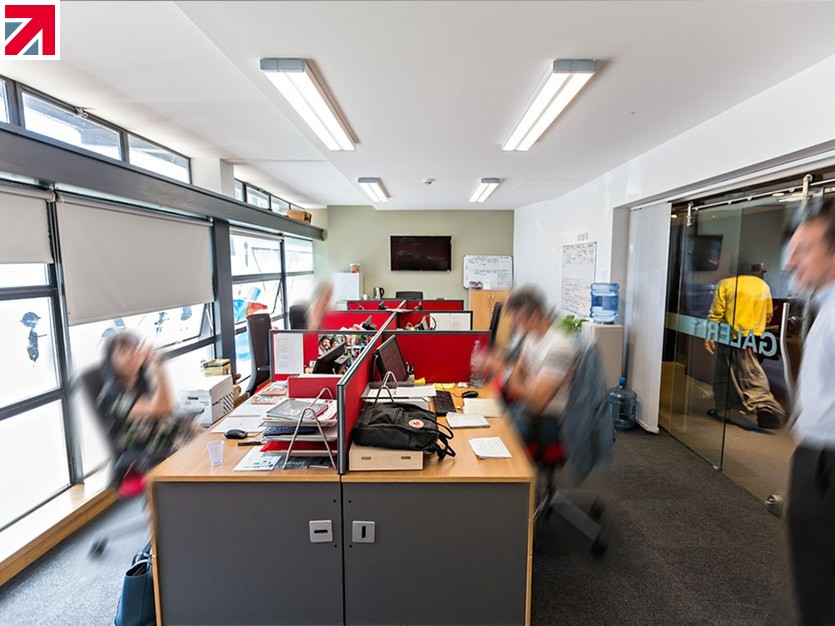 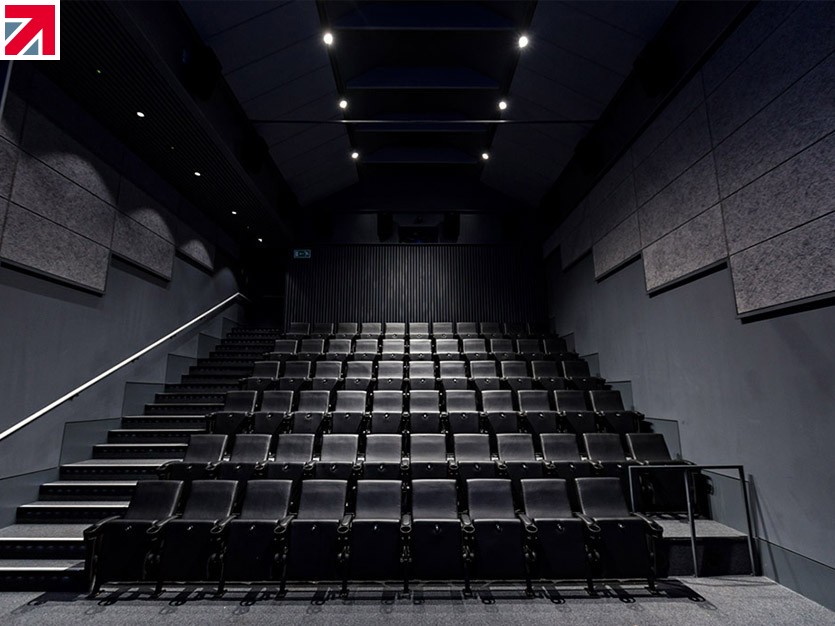 Based in the bustling Welsh town of Caernarfon, most famous for its historic Caernarfon Castle, the Galeri Creative Enterprise Centre Caernarfon is a series of theatre and rehearsal spaces and small office spaces aimed at young creative companies.

The Galeri’s design came about due to the resurgence of creative industries in this particular area of North Wales, combined with the agreed need by local citizens for a flexible, contemporary performance space in the town. Construction on the building was completed in 2005. A hub of offices by day and an active rehearsal and theatre building by night, the Galeri Creative Enterprise Centre is frequently in use by a bustling, animated community, and brimming with creative businesses, influencers and activities.

Furthering their innovative endeavours, in 2018, the founders of the Galeri decided to build a new extension. Their newly proposed design was to feature two cinemas, a box office and additional office space as part of an exciting new project to enhance the area, backed by a budget of £3.3 million.

Builder RL Davies along with contractor Falconers Electrical approached Dextra Lighting to survey the site and provide a quote. Dextra Lighting was considered over competitors as we provide a variety of commercial lighting and emergency lighting that can be tailored to suit the unique aesthetics of the Galeri.

Builder RL Davies and contractor Falconers Electrical were responsible for leading the project. The consultant was Hulley & Kirkwood, and Richard Murphy Architects led the architectural design and planning throughout, having already worked on the original design of the Galeri building in 2005.

The project required brand new lighting in the new Box Office and offices, the plant room and emergency exits, the Atrium waiting area, and all other spaces. Dextra attended the site to survey the scene and propose the best lighting solutions for each particular space.

Dextra Lighting’s Rubix Flush product was selected to light the Box Office space as well as the offices, to provide staff with a comfortable space in which to work. The Rubix Flush features nine individual cells which offer precise optical control, and sits flush with the ceiling for a minimalist aesthetic. Easily customisable to suit the desired requirements, the Rubix range can be conveniently modified to suit a wide range of ceiling variants and sizes and also offers an extensive variety of lumen outputs, dimming options and emergency variants. Dextra installed 29 Rubix Flush lights in the Box Office and office spaces. The luminaires required customisation in certain areas, such as an area in which the grid ceiling met the plasterboard, for which a special plasterboard kit was used. Some of the lighting was also installed to be dimmable.

In addition to The Rubix Flush luminaires, Dextra Lighting also installed LED3 Emergency modules. LED3 modules allow emergency luminaires to be installed in optimum positions rather than integral to the general lighting. This enables the use of fewer luminaires with a lower charging current. Dextra Lighting supplied a total of 64 LED3 modules across all areas of the new extension. This particular product was selected as it can recess and look discrete in the ceiling spaces. All Rubix Flush lighting for the Galeri was installed to be sensor controlled by an existing sensor and programmer, providing seamless manageability and maintenance.

An EXI LED was also installed here to give customers a clear sight of the exit, illuminating above the emergency exit doorways. Dextra’s EXI LED is both compliant with the safety signs directive 92/58/EEC, and combines all the benefits of an LED source with Dextra Lighting’s popular EXI range of Exit Sign luminaires, offering minimal maintenance and considerable energy savings.

In addition to exit signs, all escape routes were installed with the OAT2 LED. This particular Dextra Lighting product was chosen to help provide visual guidance out of the building in the event of an emergency. Dextra Lighting’s OAT2 LED is ideal for providing lighting or signage for emergency exits and escape routes. Featuring a recessed installation, the OAT2 LED can appear discreet and is available with a polycarbonate reeded diffuser or an optional LED hanging legend. It also offers a choice of maintained or non-maintained operation, making it a viable selection for numerous applications. Dextra installed a total of 22 OAT2 luminaires in the Galeri extension escape routes, with the arrow up and double side l/r.

Dextra supplied 13 AME LED lights for the plant room areas of the new Galeri extension. Dextra Lighting’s AME LED is an IP65 LED self-contained in a robust polycarbonate bulkhead. The AME LED was considered the optimum choice for the space as it would provide ingress protection in the plant room environment.

The client opted to install 9 dimmable Duet LEDs in the new small office spaces. Dextra’s Duet LED is flexible and efficient with an attractive, modern aesthetic, and is specially designed to suit the broadest possible range of applications. This product was selected as it could be surface mounted and suspended to the office space and aesthetically, the body colour suited the building. All lighting was installed to be sensor controlled by an existing sensor and programmer.
Finally, the Galeri’s Atrium waiting area required in keeping and attractive lighting to be installed. Dextra installed Dextra Lighting’s popular CAPO LED in this space. The CAPO LED was chosen as it exhibited the exact look the client was looking for and could be suspended. Dextra supplied 3 luminaires and customised these to the colour C83 provided. All 3 lights were installed to be sensor controlled by the existing sensor and programmer in the building. Dextra’s CAPO LED combines attractive form with excellent efficiency, providing an ideal architectural solution for ambient and accent lighting in suspended applications.

Featuring painted spun rear housing, an opal refractor and a translucent collar available in different colours, Dextra’s CAPO LED can be uniquely tailored to suit the aesthetics of the space at hand. Additionally, the product’s performance can be customised to the needs of the client, offering two-lumen options, as well as dimming and emergency functions.

The extension to the Galeri was an overwhelming success, beautifully enhancing this vibrant Caernarfon hub. The Dextra Lighting team were successfully able to provide commercial lighting and emergency lighting that is both highly energy-efficient and bespoke to suit the Galeri aesthetics. For added peace of mind and ease of maintenance, Dextra supplied all lighting products with a comprehensive warranty.