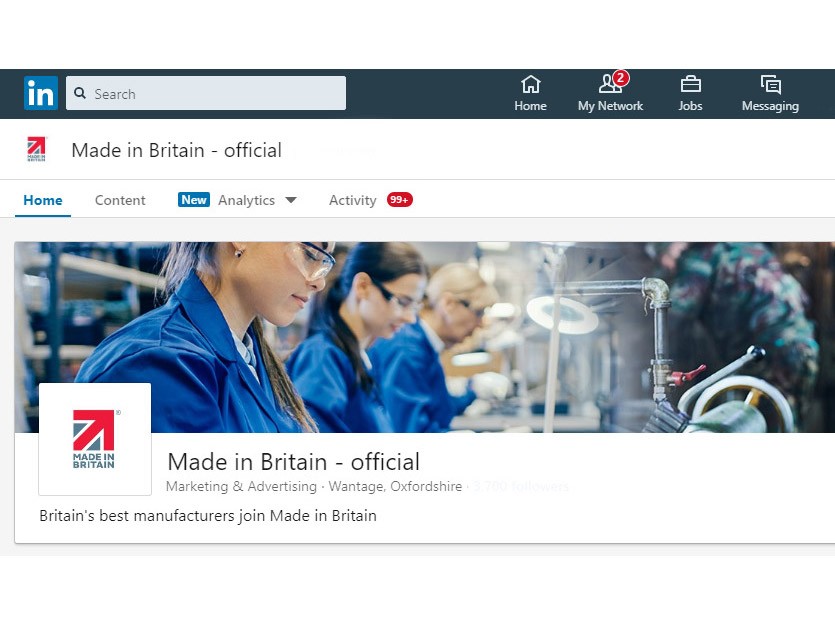 OVER the last few months Made in Britain has been working hard to increase its visibility and that of its members on the LinkedIn social media network. Since the start of August 2020, almost 1,000 extra people have started following Made in Britain, a growth of 33 per cent, with a total following of 3,700* members of the network.

Made in Britain uses LinkedIn for three main reasons:

Make sure you use the power of Made in Britain on LinkedIn to benefit you and your organisation, as Adrian Parrott, who is responsible for social media at Made in Britain, explains, “Increased awareness of your company will come from tagging ‘Made in Britain – official’ into your posts and we will do our best to share, like and comment. You should also consider adding your own news stories to the Made in Britain website so that we can promote them on LinkedIn for you.

“We’ve also seen a greater awareness of new members and new opportunities. By following ‘Made in Britain – official’ on LinkedIn you will see which members are joining and also news stories. This may highlight businesses you may want to work with either as a supplier, a customer or a partner. We will also post other information, such as learning opportunities like webinars and workshops.”

* LinkedIn followers of Made in Britain - official on 5 October 2020.