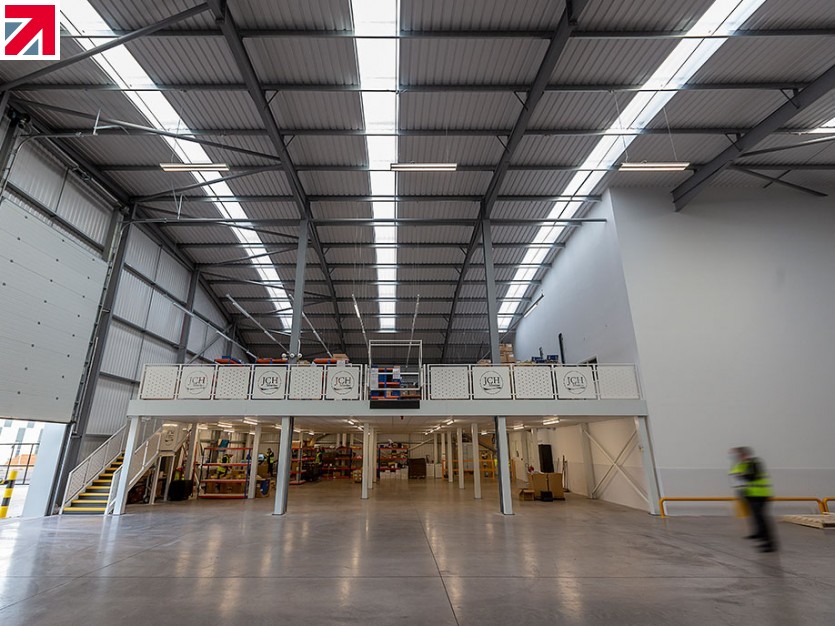 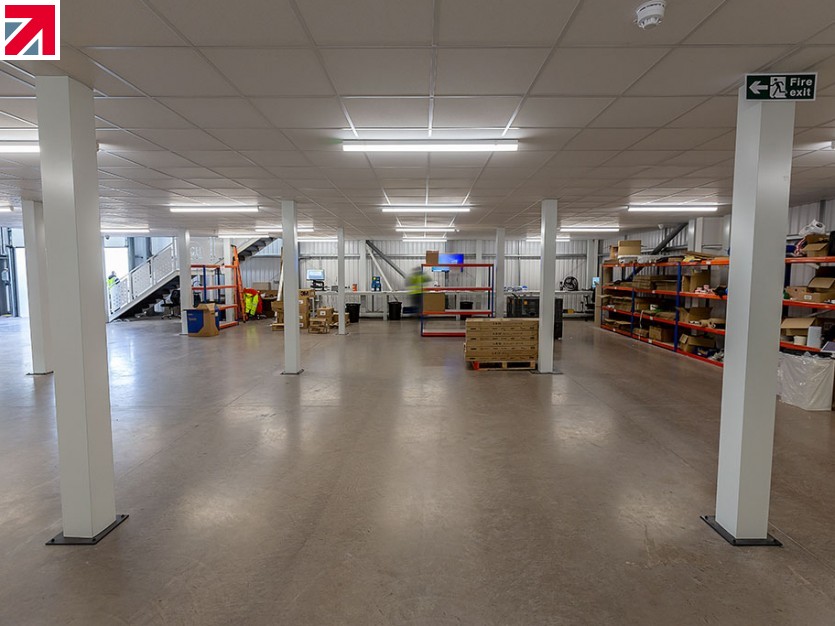 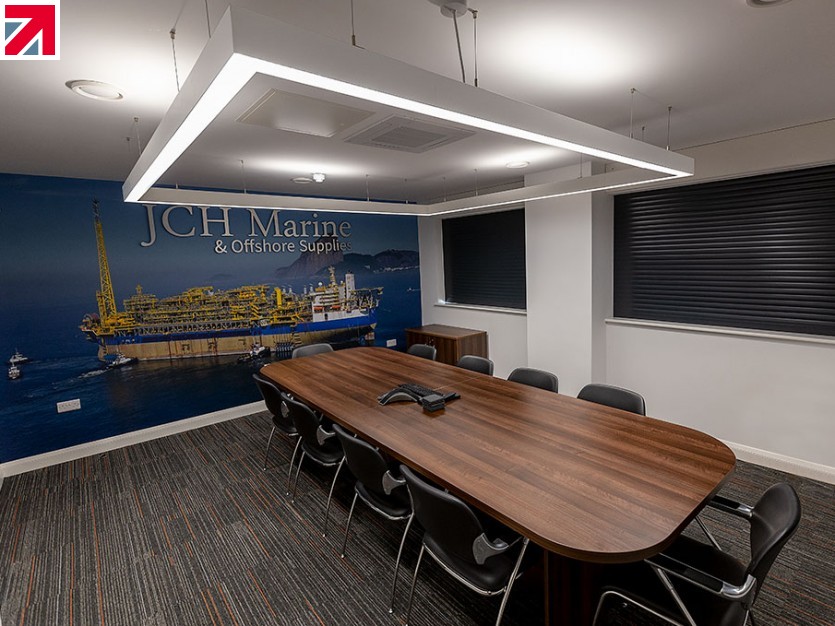 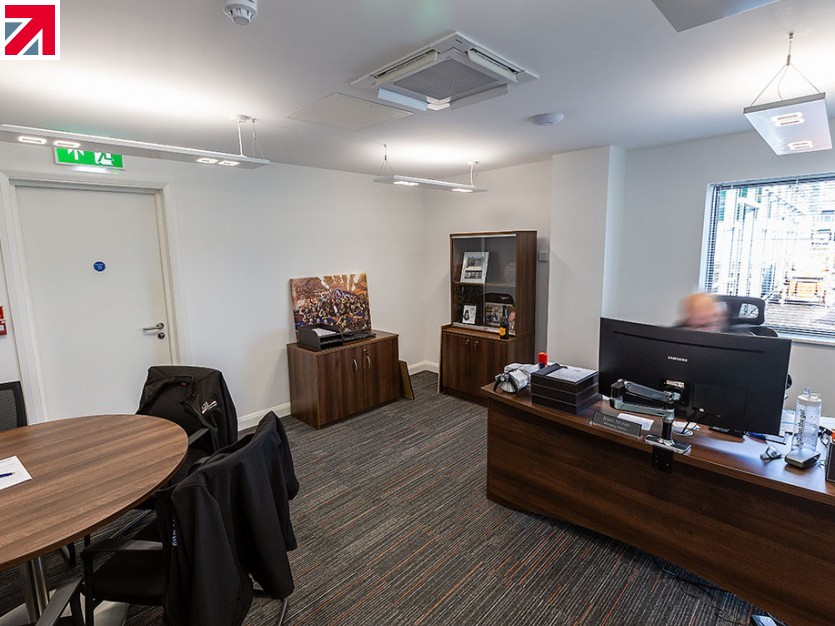 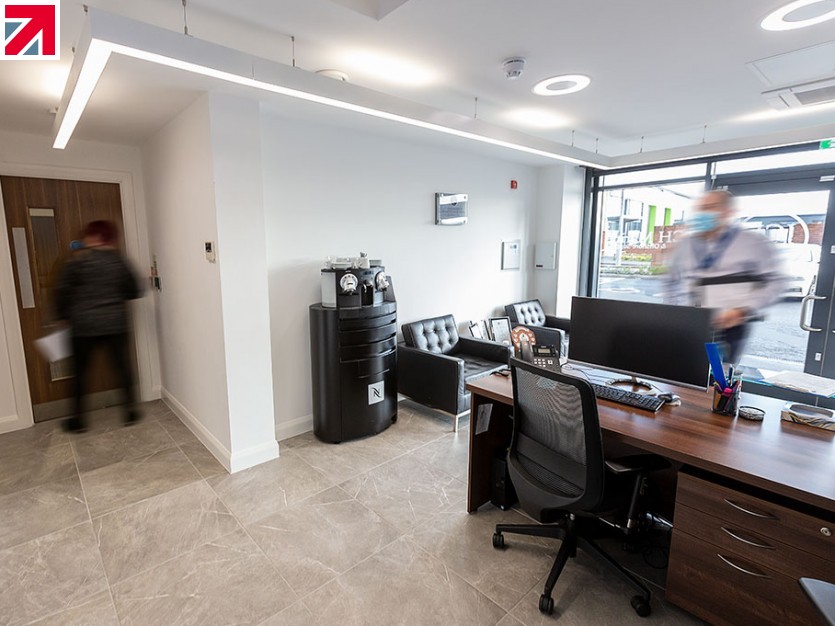 JCH Marine & Offshore Supplies was established in November 2009 to supply a wide spectrum of marine and offshore products for use in hazardous and non-hazardous areas across the world. It provides an extensive range of offshore electrical items ranging from lighting, cables, transmitters and batteries to general electrical such as lamps. As a growing business, the company required a new space that could accommodate future expansion and Dextra designed and installed new energy-efficient lighting in the building.

THE SOLUTION
Dextra worked with contractor SEI Electrical Contractors to provide a lighting design for the company’s new building to match the overall look of the interior as well as to improve efficiency. As part of the project, Dextra needed to ensure that the warehouse area and first floor mezzanine, which had skylights fitted, incorporated daylight sensors to help harvest natural daylight savings.

The products selected for this particular building were from the Dextra Lighting and Dexeco ranges. This included the installation of Graduate LEDs which were surface mounted to plaster board ceilings in the filing room and server rooms.

In the stairwell of the building, Discalo LEDs, with effective blue halo, were used to help enhance the visual appearance of the area. The Discalo LED is a highly efficient and low maintenance luminaire.

To offer an attractive look but also achieve guideline compliance, for use over the computer screens in the reception area, Elisian luminaires were installed. This is the latest addition to Dextra’s comprehensive range of LED downlights and offers an alternative to the traditional downlight design with a lit polo ring with central cover allowing for easy inclusion of sensor and emergency variants.
Creating a sleek modern edge to the new welcoming reception lobby with an added feature of a dog legged continuous run, the Runway Continuous Surface/Suspended were installed. These were also used to create dimmable back lighting in the board room.  Where lighting must fulfil both architectural and practical purposes the Surface and Suspended Runway provides a seamless appearance that can be infinitely reconfigured to dramatic effect.

In the staff kitchen, toilets and circulation areas, Protec LEDs with white bezel and while halo attachment were used to create an attractive and functional effect. These were supplied with IP44 covers for the toilet areas. With impressive energy cost savings (with short capital cost payback periods) over its fluorescent equivalents, it is an ideal option to tie in with environmental management policies, requiring a commitment to energy reduction.

The Rubix Suspended Bi-Directional were used to great effect in the administration, sales, accounts and directors’ offices, some with dimming technology.

JCH Marine also wanted a product that would switch on with occupancy and dim when natural light is detected in the warehouse area situated on the first floor mezzanine. As a result, Ecopak LED Sensors were installed. The Ecopak LED brings increased energy efficiency and low maintenance of an LED source giving even greater return on investment.

The Ecopak LED Sensor allows for quick and simple installation with one for one replacement of existing luminaires. The footprint matches that of a typical fluorescent T8 batten and installation is simplified with a two-part construction. The rear spine can be mounted before electrical connections are made, allowing for the one piece clip in gear tray and diffuser to be snapped into place afterwards. The Ecopak LED was used on the ground floor.
Used for the same reason in the main warehouse was the Verteco 3. This next generation of the Verteco incorporates all of the original features that have made this range so popular with some of the largest logistics companies in the world, yet introducing a wide range of new features to help enhance functionality and improve the payback period.

The Verteco 3 includes a wireless linking feature as an optional extra, allowing the sensor to trigger adjacent luminaires so that lighting follows the movement of staff around the building.

On the exit routes, the popular EXI2 LED was used also.