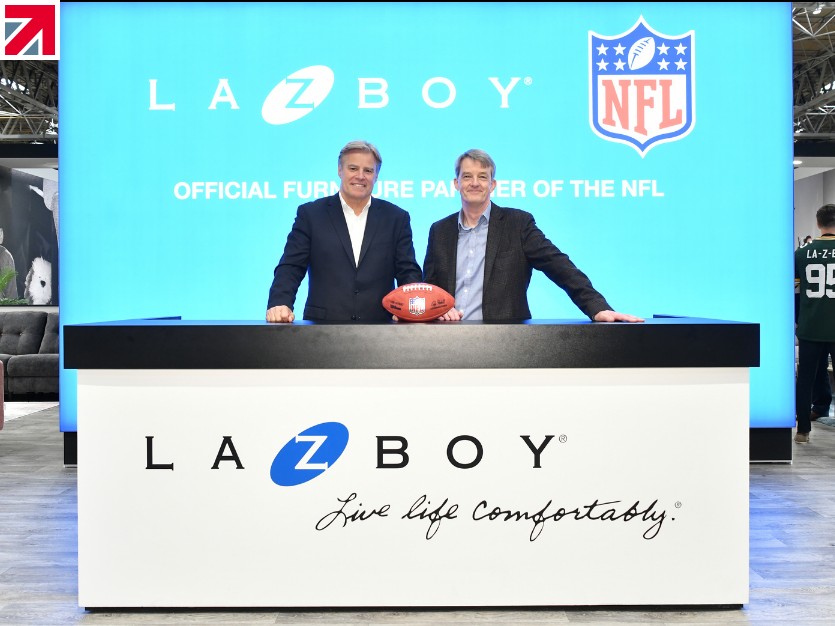 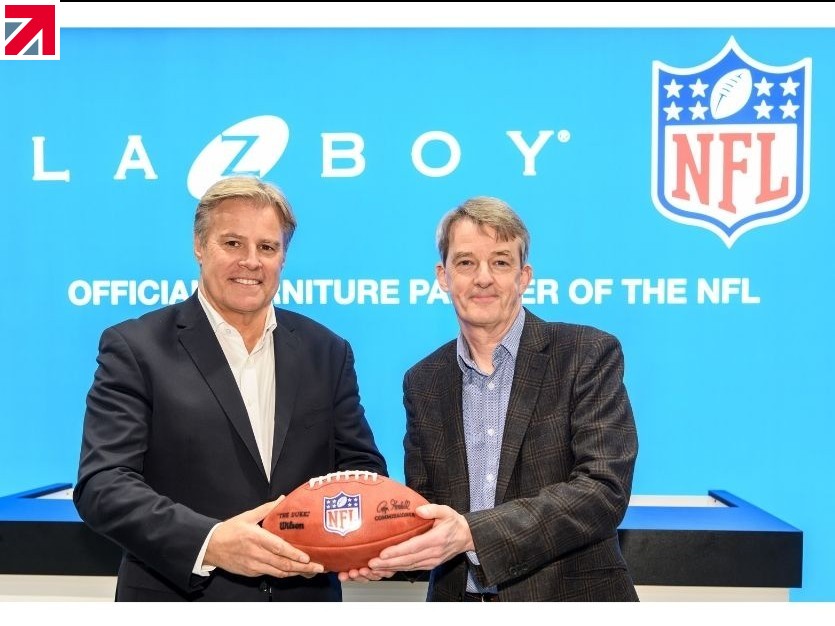 La-Z-Boy has become the official furniture partner of the NFL London Games.

The USA’s National Football League will stage three of its 2022 season games in the capital during October.

World renowned sofa brand La-Z-Boy has penned a three-year deal which will see it provide ‘The best seats in the house’ for the two London games at Tottenham Hotspur Stadium and become the key sponsor of the Jason & Osi Podcast in which the two former NFL players and BBC pundits chat about the game.

La-Z-Boy branding will be visible around the stadia at all three London Games and on the NFL UK website.

“NFL fans are very dedicated to their sport and that means watching the games in comfort is a big deal. We’ll not only be offering the chance to win game tickets but providing the ‘best seats in the house’ so fans can enjoy a game in world-renowned La-Z-Boy comfort.

“La-Z-Boy chairs and sofas are all about celebrating time with friends and family as well as relaxing to enjoy me-time – both of which fit perfectly with the NFL fanbase. We’re very excited to work closely with the NFL in the UK and Ireland and get to know NFL supporters even better.”

NFL’s European commercial director, Michelle Webb, commented: “We’re delighted to welcome La-Z-Boy UK as our Official Furniture Partner of the NFL London Games. The brand and activation work perfectly and we’re excited to see what the next three years bring for both brands.”

The partnership launched at the January Furniture Show, the UK’s largest furniture trade event, which took place at its rescheduled date in April at the NEC, Birmingham.

Further details of the activations and competitions will be announced throughout the year.

Brand marketing director for La-Z-Boy International, Natasha Wright, added: “As La-Z-Boy approaches its 100-year anniversary in 2027, we are looking to make strategic partnerships to ensure we reach this milestone in the best possible position.

“The NFL deal will elevate our brand in the UK and Ireland by reaching a consumer group which is in keeping with our strategic vision.”