Made in Britain: Officially for Manufacturers

MiB CEO John Pearce explains what Made in Britain does best 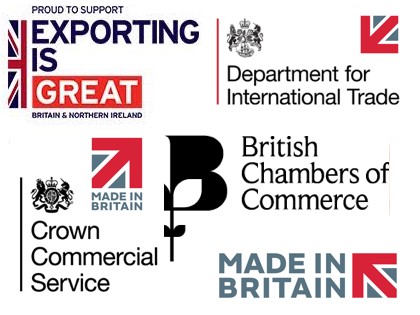 |   CHATTING with a group of members during the coffee break at our stimulating Made in Britain workshop in Wolverhampton last month, the conversation turned to trade bodies and other membership organisations. “What’s the difference between Made in Britain and the ‘others’?” asked one curious delegate.

My usual response is that we’re ‘official’ and last month I used this column to tell you about our registering of the Made in Britain marque to protect its intellectual property so our members can use it as much as they want and with confidence.

But the ‘official’ response can draw questions about the other people and trade bodies shouting about British manufacturing from the sidelines. It seems to me that some individuals trying to promote manufacturing appear to be promoting themselves first and charge big membership fees.

Well, we know from our surveys of MiB members that they want their name and their products at centre stage, so that’s where we put them. The MiB organisation has almost doubled in size in 24 months and we’ve always shared our strategies and our events with organisations that we want to buy more of our members' products: HM Government, local authorities, The British Chambers of Commerce and Department for International Trade. In 2019 we want to add consumers to that list and we’re recruiting an agency to help us. We’ll be sharing much more about this new partnership in our next edition of #1000makers.

Another often asked question was why our web address was madeingb.org. Thankfully, I don’t have to answer that one anymore, because we have now changed it to madeinbritain.org and, as the official organisation representing 1000 makers around Britain, that’s another confirmation to everyone that we are promoting Britain’s manufacturers at home and abroad. This web address wasn’t available when our founding partners launched the Made in Britain campaign but when it became available, we bought it. Now it belongs to you, our members, and the Made in Britain organisation. The old address does redirect to the new one but we want to get everything up to date. So, if you spot any links to the old URL, please let us know and we’ll get them changed over