Made in Britain pledges support for the /together campaign 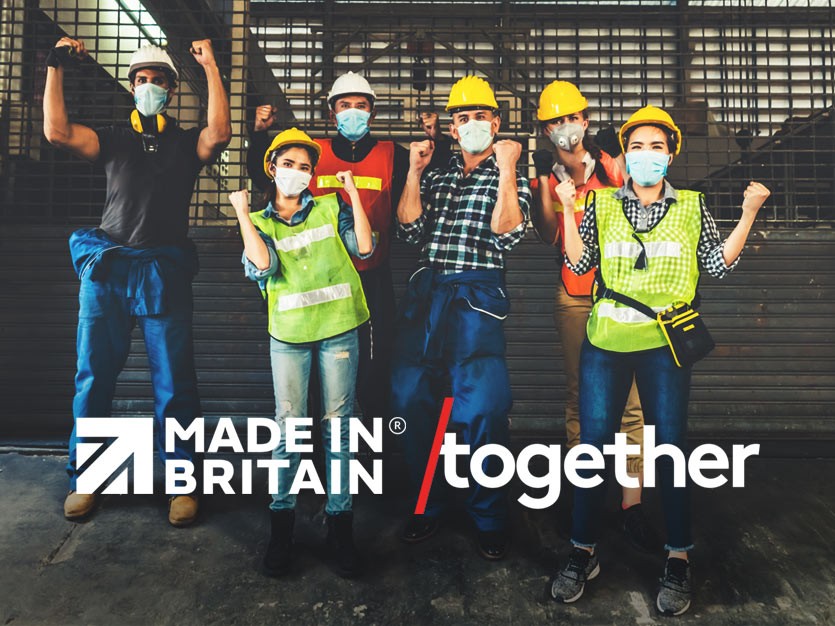 MAKE this weekend extra special by joining Made in Britain in its support for the /together campaign, the nationwide initiative that is gathering momentum as we approach the 72nd birthday of the NHS and a huge ‘clap for carers’ celebration.

The initiative is the brainchild of the /together coalition, which has gathered support from more than 50 business leaders in the UK, including Made in Britain CEO John Pearce.

Mr Pearce explained why he decided to put the support of the organisation behind the campaign, “It’s important for us to represent our members in initiatives like this. Coming together is a part of the DNA of Made in Britain and we set the tone for the positive outlook of more than 1200 British manufacturers, many of whom have responded amazingly to the coronavirus pandemic.”

Light up your buildings in blue

Campaigner, author and adventurer Chris Ward, speaking on behalf of the /together coalition, told Made in Britain, “On Saturday evening we have a number of businesses lighting up their buildings NHS blue including HSBC, Aviva, IBM, The Shard, the Wembley Arch, Blackpool Tower and, hopefully, the O2. It would be great if your members are able to support this with any of their buildings.

“Individuals can join in on the evening of the 4th of July by putting a light in their windows – an LED candle, a lamp or a torch – to remember those we have lost. Then, on the 5th of July, the birthday of our NHS, let’s say ‘Thank You/together’.”

For more information, visit the /together coalition website here.

5th July say thank you together SUBS from Ihsan Kemal on Vimeo.

On 29 June more than 50 business leaders signed an open letter to the media, which read:

“The 5th July marks the 72nd birthday of the NHS and the nation is going to come together to give thanks. Thanks to all those who have helped us through this crisis, those who have gone to work to keep us healthy and supplied, our neighbours who have looked after the vulnerable and the whole country for sticking with social distancing, even when it was hard.

“As businesses, we will be part of that moment because we too have many people to thank. Our colleagues, our suppliers, our customers and our communities. These have been difficult times for us all and we have only survived because of them.

“But saying thanks is only the start. We know that this crisis will have long-lasting and widespread ramifications with the potential impact on livelihoods as profound as the crisis itself. We know too that the only way we will get through this is if we build on the connections and community spirit, we have nurtured in the last few months to build a kinder, compassionate, considerate world that can support each other through the years ahead.

“Businesses have a key role to play and as business leaders, we are committing ourselves to do all that we can to be part of building closer communities to build broader prosperity for all. What that will look like will be different for different businesses, and it might include supporting volunteering in the local community, providing resources to local community groups or helping our colleagues connect better with each other. We know that this will have huge benefits for both our communities and for our individual mental and physical wellbeing.

“While the roles that we can play will be different, the outcomes we seek are the same: a closer connected society where we know each other better, are better able to support each other and where we build caring communities in which we all feel we belong. We hope that that will become one of the positive legacies of the devastating virus.”

The letter was signed by: