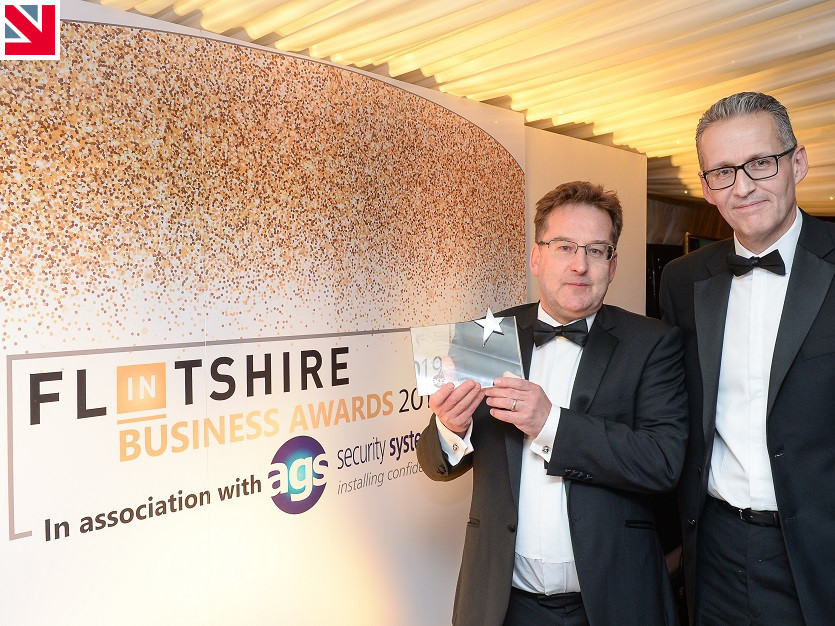 THE 13th annual Flintshire Business Awards were celebrated recently at an award ceremony at Soughton Hall. The Awards, whose headline sponsor was for the tenth year AGS Security Systems, recognise excellence and outstanding performance by businesses across the county.

Remsdaq won the Innovation, Technology & Enterprise category, sponsored by Kingspan Insulated Panels and were one of nine winners on the night. The exclusive black-tie award event was attended by more than 200 influential businesspeople, celebrated the success of Flintshire companies from a range of industries.

Remsdaq won the award for their EntroPad range of access control readers, keypads and request to exit buttons which have antimicrobial protection built in. The EntroPad range is designed to reduce contamination in clean environments including hospitals, laboratories, surgeries, food manufacturing & preparation companies and works with any Wiegand-compatible access control system. Third-party testing to ISO 22196:2011 proves the integral antimicrobial protection on the new EntroPad devices kills up to 99.99 per cent of E. coli and Staphylococcus aureus bacteria over a 24-hour period.

Robin Koffler, sales and marketing director at Remsdaq said, “We are thrilled to win the Flintshire Business Award as recognition of our agile innovation strategy, allowing us to rapidly develop products for specific niches which are then manufactured at our Deeside facility.”

About Remsdaq Ltd:
Founded in 1974, Remsdaq is a privately held company specialising in the design and manufacture of SCADA remote terminal units for electricity substation automation, integrated security products including access control and perimeter intrusion detection systems (PIDS) and Command and Despatch software systems for the fire & rescue services. The company operates from a 4,000m² facility on the Deeside Industrial Park (on the Cheshire/North Wales border) and exports worldwide through a network of business partners. Further information at: https://www.remsdaq.com.