The Ultimate Guide To Metal Spinning (With Diagrams) 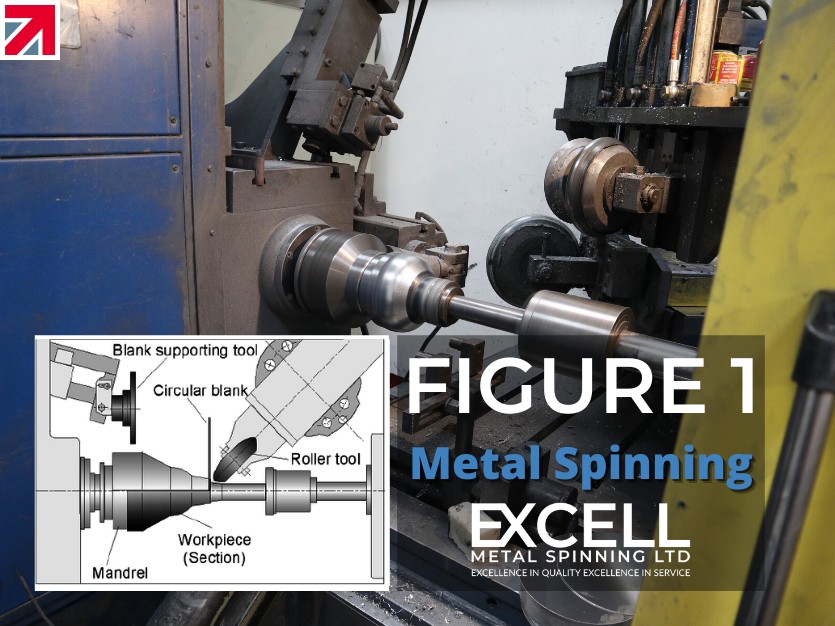 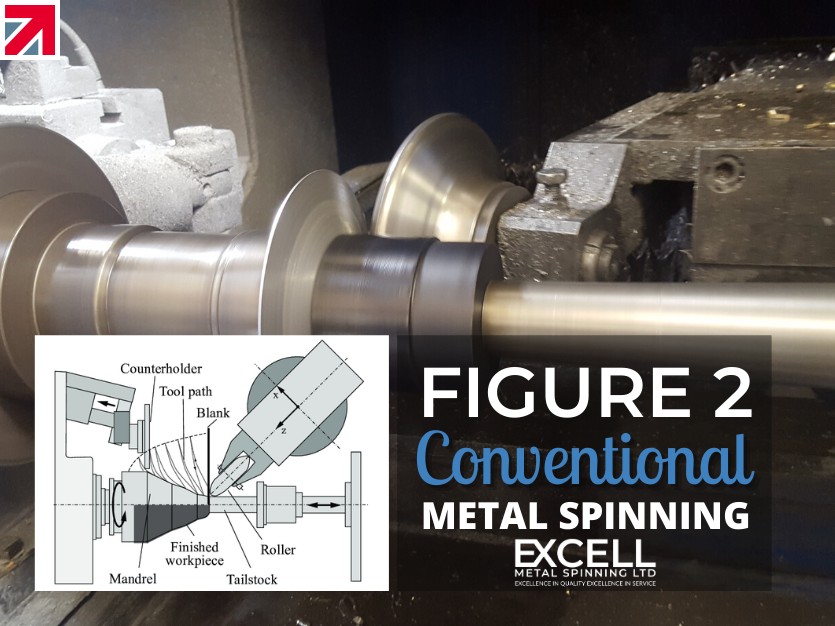 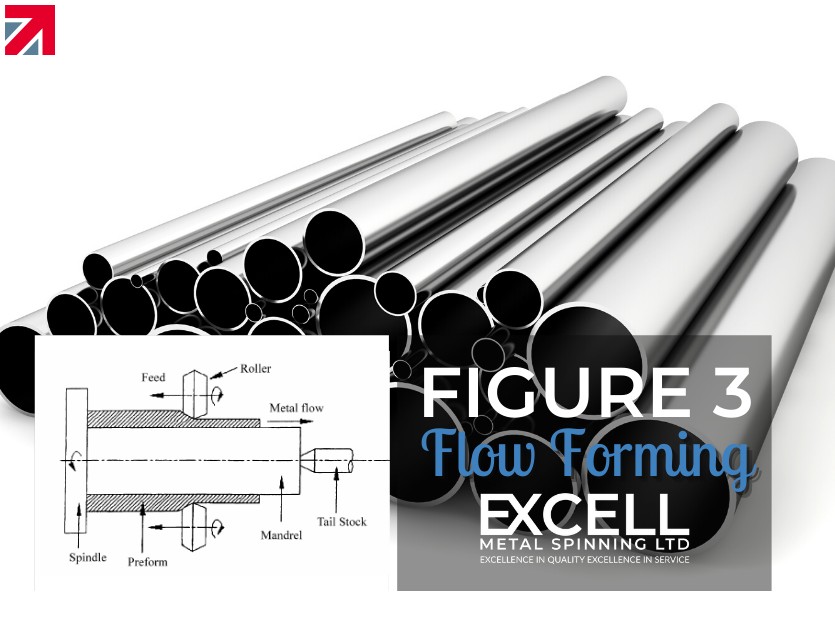 Manufacturing is an important industry in the UK, of which Metal Spinning forms a niche sector supplying thousands of businesses across the world. In recent findings, the UK retained its position as the ninth leading manufacturer in terms of output totalling £191 billion in 2019 (MakeUK Report, 2020).

The Manufacturing industry is certainly proving its value to the UK economy, and it is equally valuable to understand the processes that occur within the industry. Throughout last month, we took you through The Six Types Of Manufacturing. With a thorough understanding of these processes, you will be able to better understand which manufacturing process is the most advantageous for your business.

What is Metal Spinning?

The term Metal Spinning refers to a group of forming processes that allow for the production of hollow, axially symmetric sheet metal components.

Metal Spinning is one of the oldest techniques for the chipless production of circular hollow metal components (Ozer, Sekiguchi & Arai, 2012). There has been much debate regarding the origins of Metal Spinning with historians pointing towards Ancient Egypt and China. The earliest known evidence of this skill comes from a wooden carving dating back to the Middle Ages, which depicts a man spinning vessels with the assistance of another, who is turning a large wheel.

Today, Metal Spinning looks vastly different from its ancestors with technological advancements made as a result of the industrial revolutions that have occurred throughout Britain’s history.

The technique, common to the process of metal spinning, consists of clamping sheet metal blanks against a mandrel (of the required shape and size) on a spinning lathe, and gradually forming the blanks onto said mandrel. This is performed with the use of a surface roller, either in a single step or multiple steps.

Still finding it hard to picture? Figure 1 represents a visual of the basic technique involved in Metal Spinning (Music, Allwood & Kawai, 2010). Check out our video “Metal Spinning Brass” to get a sense of how it’s performed.

Metal Spinning is gaining wider acceptance from the production communities worldwide as an efficient manufacturing method (Ozer et al, 2012). The process is often performed by hand, and is known as a highly-skilled manufacturing craft by artisans that requires years of experience.

Studies also suggest a great potential for innovation within the technique, and the introduction of robotics and automation in metal spinning is producing more flexible and faster production opportunities.

Lets check out the three types of Metal Spinning Process

There are three primary processes within Metal Spinning. Each method is characterized on its deformation of materials, the relative position of the surface roller and the blank, spinning with or without a mandrel, and finally, the temperature of the blank.

Depending on the size, materials in use and the quality requirements of the part, it is possible to spin some parts with one single roller pass.

In multi-pass conventional spinning, the wall thickness is determined by the number of roller passes and the direction of each pass. When the surface roller moves forward, the material thins; moved backwards, the metal is displaced in opposite directions which ensures a consistent wall thickness and reduced spring-back.

A process known as ‘Planishing’ is used to improve the finish and accuracy of the spun part. Planishing consists of finishing passes from the surface roller, and the purpose of this is to remove the waviness produced as a result of the various stages during the spinning process.  A high radial force is applied with the reduction of the feed and speed, which enhances the surface finish in the final roller pass.

Fig. 2 provides a visual of conventional Metal Spinning in action, highlighting the components in a typical lathe, and the movement of the roller (Rentsch, Manopulo & Hora, 2017).

Conventional Spinning is ideal for the production of shapes that consist of Domes, Cylinders, Cones and parts that have a combination of all three. Although the diameter of the spun parts will always be smaller, the wall thickness will remain constant.

Parts can be spun with or without a mandrel in conventional spinning, and performed on a manual or a CNC metal spinning lathes. Two sub processes in the forming of outer spinning (necking) and inner spinning (expanding) can also be performed using this method of Metal Spinning.

Flow forming is the second method and It is commonly referred to as tube spinning, and is closely linked to shear forming/spinning. Flow forming follows similar processes to conventional spinning, however the wall thickness of the blank is reduced. This is done intentionally, as the extension of the required part will result in the thinning of the wall thickness.

During the process, an axially symmetrical, hollow part is clamped between the mandrel and tailstock. Two or three rollers, instead of one, apply pressure simultaneously and the metal of the hollow part forms against the mandrel.

Unlike sheet metal discs in conventional spinning, tubular blanks are more commonly used. These can be in the form of a sleeve or cup. The materials used during this process also have a high tensile-to-yield-strength ratio and low flow stress. The blanks are often produced by spinning or deep drawing.

Fig. 3 illustrates how flow forming is performed. Check out this video from DENN USA, who provide a great example of Flow Forming In Action.

Flow forming is an attractive technique for the production of hydraulic cylinders and cylindrical hollow parts. This is because it can increase the hardness of material due to its cold working ability, and produces much better surface finishes with simple tool designs and low tooling costs.

Shear spinning is the third method of Metal Spinning and forms sheet metal over a conical mandrel. This is often performed on a conventional metal spinning lathe.

Like flow forming, the wall thickness of the blank is intentionally reduced, and this is dictated by the angle at which the wall of the part and the axis of rotation is on.

There are contrasting differences in this method of metal spinning, as the roller stretches the material over the mandrel in a single pass. The compressive force applied whilst the roller moves ensures the outer diameter of the finished part is equal to the original diameter of the blank.

Unlike conventional spinning, shear spinning does not produce cylindrical shapes, due to the ‘shear angle’ of the vertical walls at 0-deg. Hence the name, shear spinning.

Figure 4 demonstrates a visual diagram of what Shear forming looks like. Check out this video from DENN to see shear forming in action.

Use Metal Spinning In Your Supply Chain

With an efficient process of manufacturing at your disposal, you can drive down cost and increase your margins. Metal Spinning is now widely accepted as an efficient manufacturing process that has a higher material utilization and low cost production ideal for batch production.

As a leading expert in the field of Metal Spinning, and the leading organization in the UK Metal Spinning Industry, Excell’s services have been widely sought after worldwide. With the vast skills and knowledge required, we can ensure quality products are delivered on time and to your requirements!