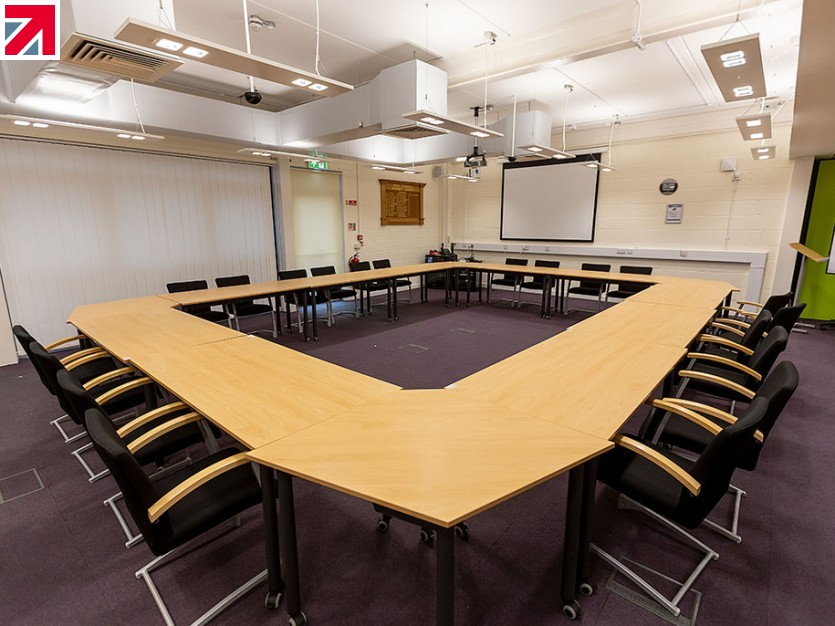 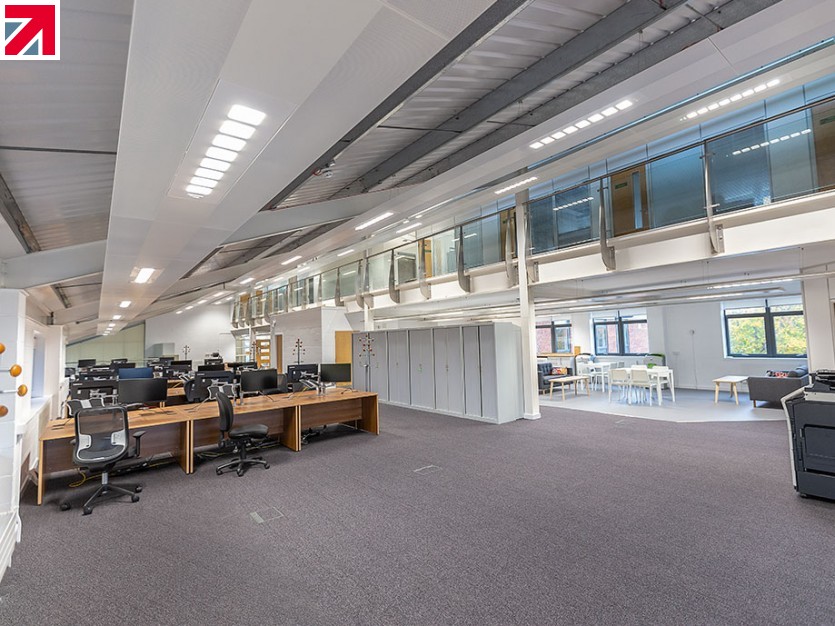 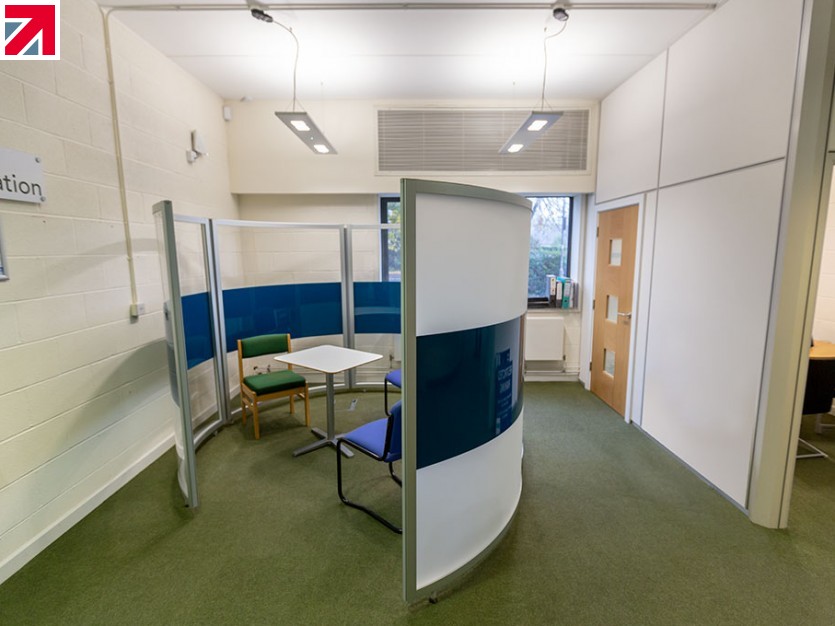 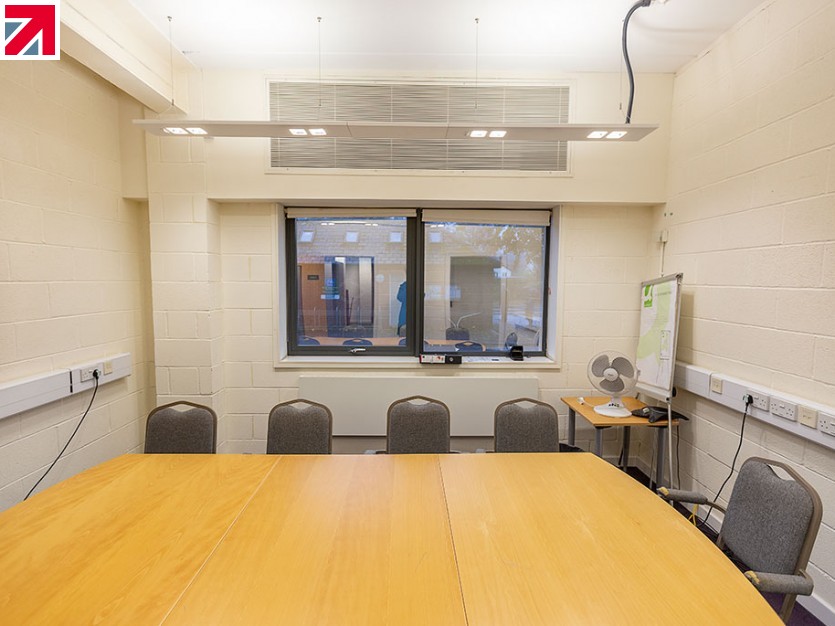 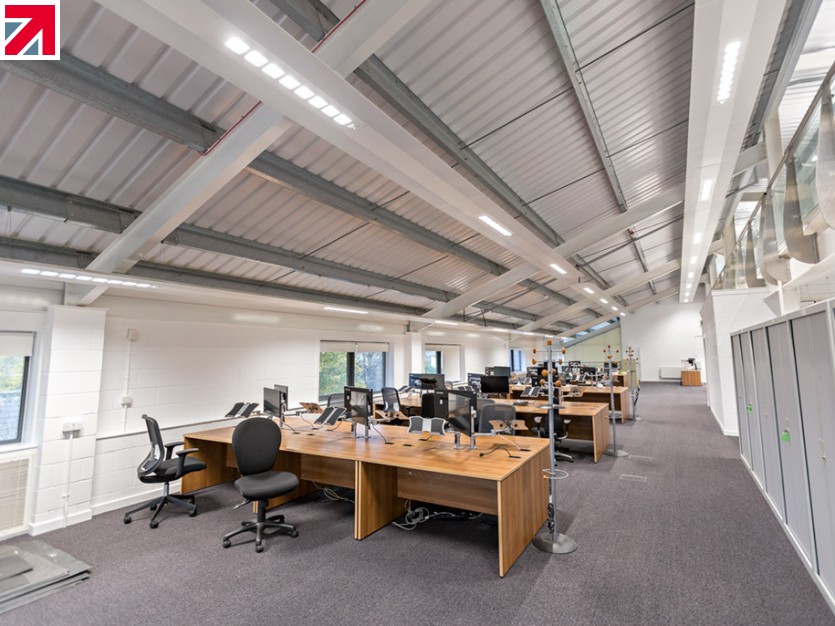 The council building had failing emergency lighting and it was decided that an upgrade of the general lighting was required as well. This was challenging in part because a competitior’s acoustic panel had already been installed and the client wanted a retro fit gear tray to fit in the panels. Dextra’s Reacta-Air sensor and wireless switches were specified throughout the building, as the council wanted a system where they could group luminaries without re-wiring. The Dextra Lighting brand of products were used for this project.

The RUBIX LINEAR was ideal to meet the challenge of providing bespoke gear trays for the acoustic panels and this was used in the main office and other areas in the building and 110 were supplied for this project. This product is ideal for projects where off-the shelf luminaires are not compatible with your ceiling system. The unique design of the RUBIX LINEAR allows bespoke use project by project to suit most common ceiling systems on the market including; linear plank ceilings, all concealed grid systems and acoustic rafts as well as air handling systems. The client needed a bespoke version to fit the existing ceiling because the cost of removing and replacing the existing acoustic panels would have been significant.
The RUBIX LINEAR dimensions, fixing method and ceiling compatibility, cell counts, and cell and body colours can all be customised to suit the requirements of your installation and corporate theme. Alongside this versatility further customisation is available through a range of outputs, compatibility with all common dimming systems and a range of integral emergency control gear options. Simply let us know your requirements and we will be able to supply a Rubix Linear variant to suit.

This versatility does not come at the compromise of quality however. The cellular design of the Rubix Linear gives optimum performance in offices, schools and other applications, allowing maximum spacing of luminaires whilst maintaining compliance with the requirements of BSEN 12464.

Work in the council chambers and the smaller offices in the building, led to the supply of approximately 50 of the RUBIX SUSPENDED BI-DIRECTIONAL, chosen in part also to match the new bespoke trays. Utilising the same optic design as the recessed and surface family the Rubix Suspended Bi-Directional offers compliance to BSEN12464 and UGR19 or below ensuring it can be used in applications such as offices and classrooms. In common with other members of the Rubix family the optic frame is available in a range of colours and the housing can be supplied in either white or black allowing the appearance to be tailored to suit any corporate theme.

With bi-directional output as standard the Rubix Suspended Bi-Directional ensures that both the working area and the ceiling is effectively lit providing an attractive space. A balanced design also allows for a two point suspension that is both discreet and quick to install.

As with all members of the Rubix family the Rubix Suspended Bi-Directional is available with a range of sensors and all common emergency and dimming variants as well as a range of outputs ensuring that the performance and function can be tailored to suit your application.
In the printer room two GRADUATE LED’s were used as a more efficient option to the existing lighting. The GRADUATE LED is the mainstay of the Dextra range and has been extensively used in schools and hospitals and other buildings across the UK. Available in 600mm, 1200mm and 1500mm variants, a wide range of outputs as well as dimming and emergency options the Graduate LED can be tailored for use in applications ranging from classrooms and hospital wards through to corridors and stairwells.

The GRADUATE LED is suitable for installation on conduit, surface mounting or suspension and can be offered with integral microwave sensors for additional energy savings. On this project the Reacta R25E was specified. The R25E sensor is an integral microwave sensor mounted within a luminaire with bright out function to control fixed output (non dimmable) high frequency luminaires.

On the staircases in West Somerset House, the DISCALO LED was proved to be the most aesthetically pleasing and efficient fit for the task and 30 were used in this area.

The Discalo LED brings a highly efficient and low maintenance luminaire to Dextra’s amenity range, complimenting the functionality of the Amenity Plus, Exterior and Decorative ranges with a highly attractive luminaire giving a halo effect with two colour options.

In order to further your energy savings, the Discalo LED can also be offered with an integral microwave sensor giving presence detection and a bright out function.

In the breakout areas and entrance to the building, four CAPO LED's were specified. Combining efficiency with form the Capo LED provides an architectural solution in suspended applications for both ambient and accent lighting.  With anodised spun rear housing, translucent collar available in a range of colours and opal refractor the Capo LED provides a decorative and attractive installation that can also be tailored to suit any corporate theme.
With two options and both dimming and emergency functions the performance of the Capo can also be customised to your needs.  In all options the control gear is housed within the same luminaire design with no need for remote packs or ceiling housings ensuring that the look and feel of the space is not compromised.

The Capo LED is supplied with a highly efficient chip on board source providing similar lumens to 70w HID sources whilst typically consuming half the energy and eliminating the need to replace lamps ensuring significant operating cost reduction compared to HID alternatives. Also used on the project was the CAPO XL.

The council also opted for Dextra’s HBE2 LED, which is a highly versatile exit sign is designed to suit nearly all emergency exit applications. The standard product is suitable for both suspension and surface mounting, whilst the blade angle can be pivoted through a range of angles when mounting onto sloped ceilings. In addition to this, recessing kits and wall mounting kits are available as optional extras. The EXI2 was also used, a slim line polycarbonate emergency exit sign supplied with prewired cable suitable for surface mounting and rear cable entry and is available in both standard and Self test variants. The AME LED, a IP65 LED Self-Contained Polycarbonate bulkhead was also chosen for the project.