How to define ‘made in Britain’

Current legal status for country-of-origin labelling 'Made in Britain'. An academic opinion by Johannes Ungerer, Lecturer in German and EU Law, University of Oxford 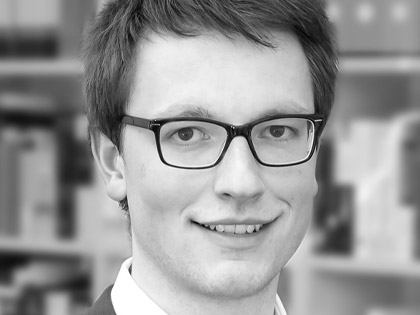 Four-and-a-half months on, the UK has left the EU and much guidance has been published both here, by Made in Britain, and by the government on its relevant departments’ webpages. Made in Britain also called for questions from members, questions that weren’t apparently covered by the published guides.

Many questions were very specific and these were forwarded to experts at the relevant government departments but the help offered was of little value to the British manufacturing sector in general. Some questions, though, were relevant to all and I have attempted to deal with them here.

Q: What is the legal status of the official trademark ‘Made in Britain’?

A: It is a registered collective trademark owned by the Made in Great Britain Campaign Ltd, which allows its members to use the trademark to identify their products of British origin. This means that using the official ‘Made in Britain’ trademark label is exclusive and requires a licence, which is acquired through membership of the organisation. Others may not use this protected label for their products.

‘Made in Britain’ reflects the product quality of British provenance. In addition to the licencing requirement, using this trademark is also subject to the common rules for country-of-origin labelling, which are less precise but can be summarised as follows. Labelling a product with ‘Made in Britain’ has to meet the expectation that the economic origin of the product is Great Britain, at least to a sufficient extent, so that customers are not misled. This is imposed in the UK by the Trade Descriptions Act 1968 and similarly regulated overseas. There are further broad provisions in international agreements, the EU, however, has not yet harmonised rules for trading across borders (apart from food labelling).

A: British economic origin is perfectly clear when the product is wholly created in the territory of Great Britain without the addition of any non-originating materials. Otherwise, economic origin can be determined in a number of ways.

One way of deciding about using the label ‘Made in Britain’ is to draw on rules of origin. They are used for tariffs and similar customs matters, which means that exporting businesses are dealing with them anyway. So, killing two bird with one stone, they can also be considered as a basis for country-of-origin labelling like ‘Made in Britain’. However, the analogy to rules of origin is not the only way to determine economic origin for labelling purposes.

Alternatively, reference is made in other jurisdictions, for instance, to the standard market practices and expectations. Considering these different ways together, they provide useful guidance to ensure continuous and well-documented use of ‘Made in Britain’, especially for exports.

Where a product consists of British and non-British parts, the substantial transformation test is the best way in which rules of origin can be satisfied. Substantial transformation requires the product to undergo processing in Great Britain in order to be considered as originating here. This can be demonstrated, for instance, either by a change in tariff classification (such as from ‘car parts’ to ‘car’) or by value-added calculations. Bilateral cumulation of European and British parts is also possible according to the new EU-UK Trade and Co-operation Agreement. However, diagonal cumulation is not permitted between the EU and the UK, so that components from third countries like Canada or Japan do not count as if they were made in the UK or EU, in spite of the fact that both the UK and the EU have trade agreements with these countries.

A: Whilst it is easy to establish a change in tariff classification, it is difficult to state which precise percentage of value addition is required. To provide a very rough estimate, the minimum for country-of-origin labelling is probably not below 45 per cent British origin. However, exports essentially have to meet the requirements set by the country to which the products are shipped. The reason is that rules on country-of-origin labelling are not consistent across the world. Country-of-origin labelling on products exported to the EU will also have to comply with any additional mandatory labelling schemes set out by the EU for food products and by individual member states. For instance, it has to be kept in mind that the German Court of Justice has placed great importance on the standard market practices and expectations. The national Chambers of Commerce might be able to provide further guidance on qualitative and quantitative requirements.